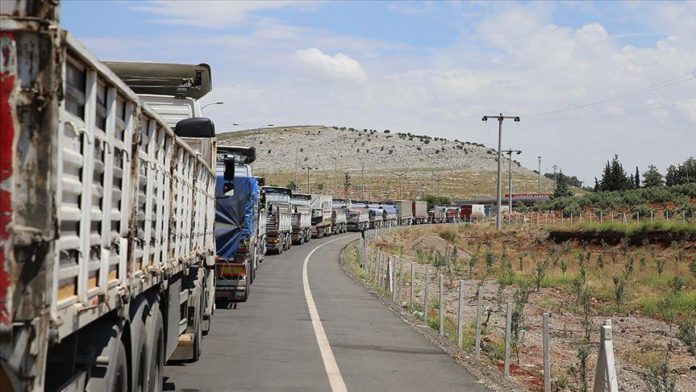 The United Nations sent on Monday 46 truckloads of humanitarian aid to Idlib, a northern province of Syria, where millions of people living in desperate conditions due to internal conflict.

The supplies will be distributed among the residents in need.

Hundreds of thousands of people have been killed, and displaced in Syria since 2011 when the Assad regime cracked down on pro-democracy protesters.