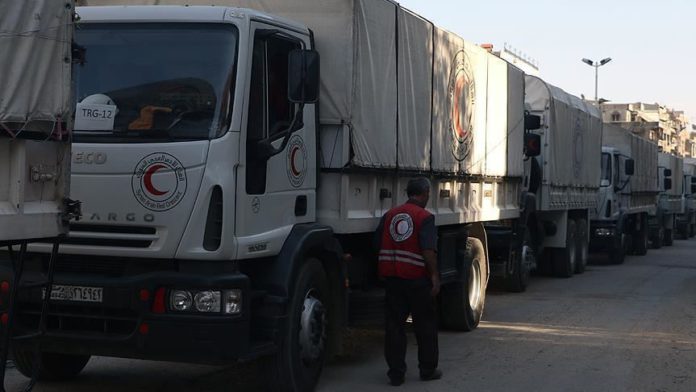 The UN on Thursday sent 16 truckloads of humanitarian aid to Idlib, northwestern Syria, where millions of people need assistance due to the worsening internal conflict.

The trucks carrying supplies entered the Idlib province through the Cilvegozu border gate in Turkey’s southern Hatay province.
The aid will be distributed among residents of Idlib and nearby rural areas.

Syria has been ravaged by civil war since early 2011 when the Assad regime cracked down on pro-democracy protesters.
Hundreds of thousands of people have been killed, and more than 10 million displaced, according to UN estimates.

The influx of displaced civilians has increased its population to about 4 million in recent years.