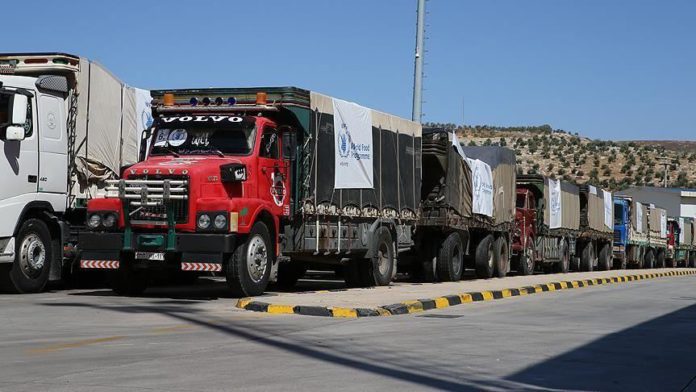 The United Nations on Tuesday sent 14 truckloads of humanitarian aid to Idlib, a northern province of Syria, where millions of people are living in desperate conditions due to internal conflict.

The trucks carrying humanitarian aid passed through the Cilvegozu border gate in Hatay, Turkey’s southern province. The supplies will be distributed among the residents in need.