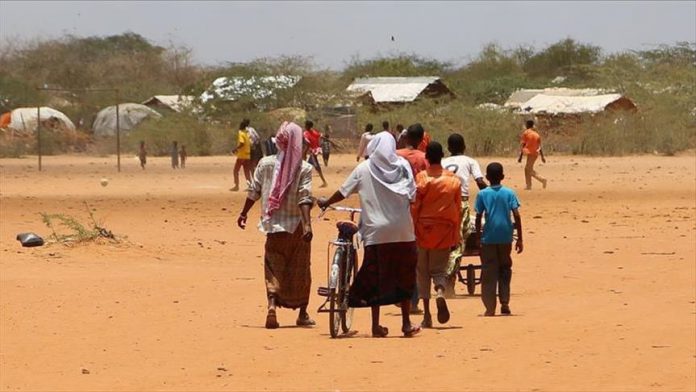 The UN Refugee Agency (UNHCR) on Tuesday called for help from the international community for aid needed for nearly one million displaced civilians and refugees in Yemen.

The displaced face the double onslaught of the overlapping threat of the novel coronavirus and torrential rain and floods.

UNHCR spokesperson Shabia Mantoo told journalists at a video UN briefing that the vulnerable displaced people and refugees in Yemen are at risk of losing their shelter, vital cash assistance for essentials like food and medicine, and much more.

“We are also deeply concerned that displaced communities and their hosts are now at a heightened risk, given their dire living and sanitary conditions, and an overall decline of local health facilities.

“The first confirmed case of COVID-19 was identified in the southern province of Hadramaut on 10 April,” said Mantoo.

She noted that Yemen is already considered to be “the world’s largest humanitarian crisis”.

Mantoo said that UNHCR is urgently seeking $89.4 million to secure life-saving protection and assistance to internally displaced families, refugees, and asylum-seekers and the hosting communities

The flooding threat is in places such as Aden, Abyan, Lahj, Marib, Sana’a governorate, and Amanat Al Asemah governorate.

UNHCR said that initial reports indicated that more than 100,000 people across Yemen had been impacted.

It estimated that more than 3.6 million people have fled their homes in Yemen since the start of the latest conflict in 2015.

It said that only Syria, Colombia and the Democratic Republic of the Congo have larger internal displacement driven by conflict.

With most of the country struggling to survive as the conflict in Yemen enters its sixth year, Mantoo said the funding sought would enable UNHCR to maintain life-saving aid.

The aid will go to internally displaced families, refugees, asylum-seekers, and the equally impoverished Yemenis hosting them.

“This aid is now urgent, as these groups are the most vulnerable to the threat of COVID-19, which may have severe consequences if aid agencies are unable to deliver proper support,” she said.