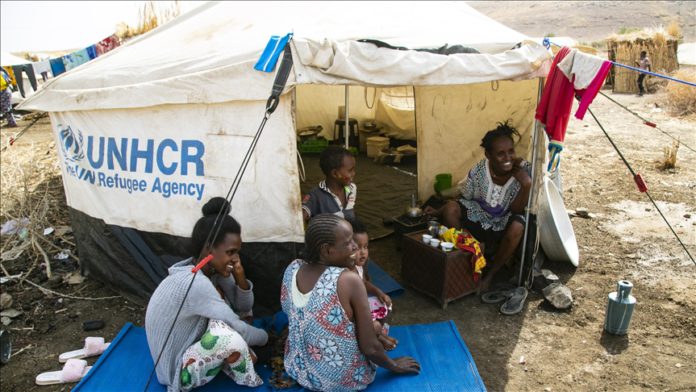 The UN World Food Program (WFP) on Monday issued a $107 million appeal for its emergency response in Ethiopia’s northernmost Tigray region for the needs of one million people as well as 875,000 children.

“WFP’s response was requested by the Government of Ethiopia and includes logistical support to both the Government and humanitarian partners to deliver humanitarian assistance in Tigray, especially in rural areas,” the program said in a press statement.

“Three million people in the region are in urgent need of food assistance,” the release quoted Steven Were Omamo, WFP representative and country director in Ethiopia, as saying.

“For WFP to contribute to meeting their needs, funds are needed now, so that life-saving food and nutrition support can urgently reach the most vulnerable people.”

The WFP is coordinating its relief food response closely with the government’s National Disaster Risk Management Commission and NGOs in Tigray that are also providing relief food assistance.

“If sufficient funding is secured, WFP will also augment the transportation capacity of both the government and partners to deliver additional humanitarian assistance to those in need in Tigray, especially in rural areas,” it said.

“Instability in Tigray has generated a severe food security and nutrition emergency, requiring an immediate response. The Food Cluster, co-led by WFP, estimates that three million people need emergency food assistance and these needs are expected to persist at least until late this year,” it said.

Food insecurity is attributable to many factors: conflict, loss of employment and income, disruption of markets and movement, loss of harvests, rising food prices, and severe difficulties accessing cash and fuel, according to the release.

Hundreds of thousands in Tigray were internally displaced while more than 60,000 reportedly fled to neighboring Sudan following military confrontations between the federal army and forces loyal to the now-outlawed Tigray People’s Liberation Front.