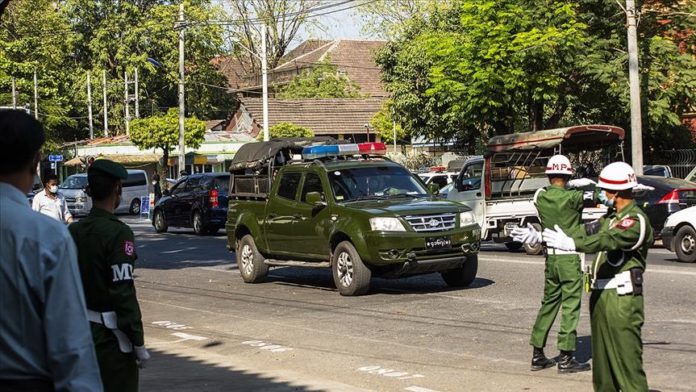 The UN Security Council voiced “deep concern” Thursday at the situation in Myanmar after the military overthrew the civilian government and jailed political and civil society leaders.

The council decided what it said was the “arbitrary” detentions of State Counsellor Aung San Suu Kyi and President Win Myint, as well as the military’s unilateral imposition of a state of emergency. It called for the “immediate release” of all those swept up in military raids and urged a return to democratic norms.

“The members of the Security Council emphasized the need for the continued support of the democratic transition in Myanmar,” the council said in a statement.

“They stressed the need to uphold democratic institutions and processes, refrain from violence, and fully respect human rights, fundamental freedoms and the rule of law. They encouraged the pursuance of dialogue and reconciliation in accordance with the will and interests of the people of Myanmar,” it added.

The council did not term the overthrow a “coup” in its statement amid disagreements among members on its applicability.

Demonstrations against the military’s power grab erupted Thursday in Myanmar’s second largest city of Mandalay, the first such popular response after the coup.

At least 20 students and activists gathered near the University of Medicine to protest the military’s actions against the civilian government. They dispersed after 20 minutes while the protests were live-streamed on Facebook, the most popular social media platform with more than 22 million users in the country.

A university student among those who participated told Anadolu Agency that five people were detained by police.