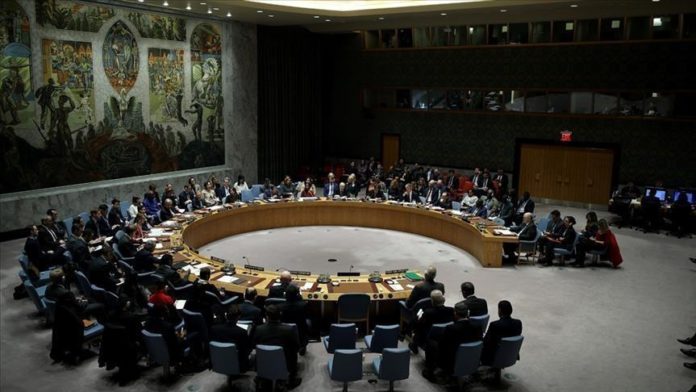 The UN Security Council extended for six months on Thursday the international peacekeeping mission on the divided island of Cyprus.

The 15-member council unanimously extended the mandate for a peacekeeping force in Cyprus, known as UNFICYP. The force has been on the island since 1964 and its mandate has been extended every six months.

The resolution noted “with regret” a lack of progress between the island’s two sides “towards restarting formal negotiations at this time,” and further emphasized that “the status quo is unsustainable, that the situation on the ground is not static, and that the lack of an agreement furthers political tensions and deepens the estrangement of both communities.”

It said “the status quo is unsustainable, that the situation on the ground is not static, and that the lack of an agreement furthers political tensions and deepens the estrangement of both communities.”

The resolution added that the Greek Cypriot administration “agreed that in view of the prevailing conditions on the island it is necessary to keep the United Nations Peacekeeping Force in Cyprus (UNFICYP) beyond 31 January 2022.”

The Security Council, noting the UN’s position that a “just settlement” should be based on “a bicommunal, bizonal federation with political equality,” asked Secretary-General Antonio Guterres to submit a report by July 5 “on progress towards reaching a consensus starting point for meaningful results-oriented negotiations leading to a settlement.”

Cyprus has been mired in a decades-long struggle between Greek and Turkish Cypriots, despite a series of diplomatic efforts by the UN to achieve a comprehensive settlement.

In 1964, ethnic attacks forced Turkish Cypriots to withdraw into enclaves for their safety. In 1974, a Greek Cypriot coup aiming at Greece’s annexation led to Turkey’s military intervention as a guarantor power. The Turkish Republic of Northern Cyprus was founded in 1983.

The Greek Cypriot administration, backed by Greece, became a member of the European Union in 2004, although most Greek Cypriots rejected a UN settlement plan in a referendum that year, which had envisaged a reunited Cyprus joining the EU.

*Betul Yuruk contributes to this report from the United Nations

US budget deficit at $660B in March