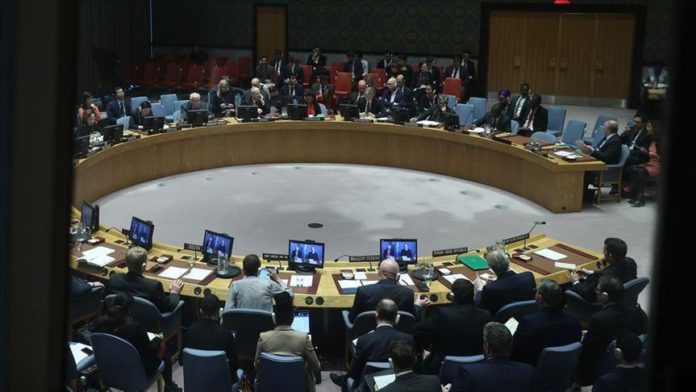 The UN Security Council has condemned this week’s attack on the Pakistan Stock Exchange building in Karachi, the country’s financial capital.

In a statement, Security Council President Christoph Heusgen said the council members condemn in the strongest terms the “heinous and cowardly terrorist attack.”

“The members of the Security Council expressed their deepest sympathy and condolences to the families of the victims and to the Government of Pakistan, and they wished a speedy and full recovery to those who were injured,” he said.

The top UN body reaffirmed that terrorism in all its forms and manifestations constitutes one of the most serious threats to international peace and security.

“The members of the Security Council underlined the need to bring perpetrators, organizers, financiers and sponsors of these reprehensible acts of terrorism to justice and urged all States, in accordance with their obligations under international law and relevant Security Council resolutions, to cooperate actively with the Government of Pakistan and all other relevant authorities in this regard,” the statement said.

The members reiterated that any acts of terrorism are criminal and unjustifiable, and reaffirmed the need to combat terrorism by all means.

Four gunmen armed with grenades attacked the Pakistan Stock Exchange on Monday, killing two guards and a policeman before being killed by law enforcement officers.

Prime Minister Imran Khan said he had no doubt that India was behind the attack claimed by the banned Balochistan Liberation Army, but New Delhi denied the allegations.

The separatists, who have fought the state for years in the mineral-rich Balochistan province, in 2018 also took responsibility for an attack on the Chinese Consulate in Karachi.