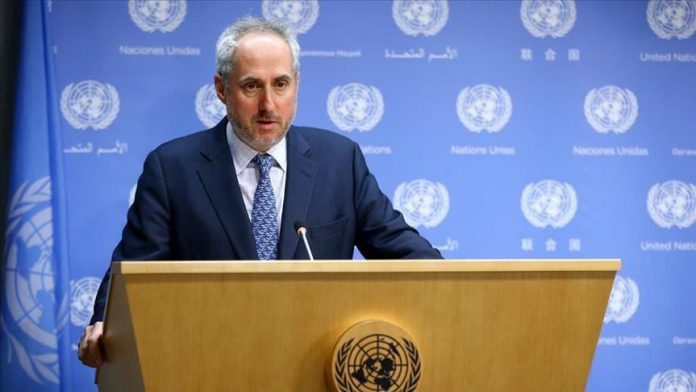 UN outlined its concerns over the protection of journalists on Wednesday following a raid by Egyptian authorities on the Cairo bureau of Anadolu Agency.

Speaking with reporters in New York, UN spokesman Stephane Dujarric said he was not aware of the raid in Cairo and said his colleagues at the world body would seek more information about those detained.

“We are very concerned by any reports of arrest or detention of journalists and we will look into it,” said Dujarric.