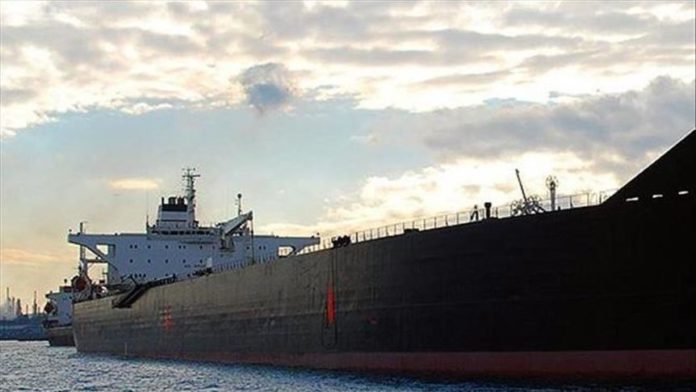 Despite promises to allow a team of UN inspectors to visit a decaying supertanker stranded off Yemen, the country’s Houthi rebels have so far failed to meet their words with action, the UN said Tuesday.

Mark Lowcock told the Security Council there has been “no progress” in the two weeks since he last briefed the body, warning of the dire repercussions should the vessel’s integrity fail.

“As I told you last time, the thing that worries me most about the Safer is that if it explodes or leaks, the oil spilled could, the technical experts have told us, put the ports of Hudaydah and Saleef out of action for weeks – or even months,” he said.

The ports are critical for moving aid into war-torn Yemen where the UN’s World Food Programme says the there is an “unprecedented” level of hunger with over 20 million Yemenis unsure of from where their next meal will come.

“Some of you will remember that in late 2017, and again in late 2018, I warned that the coalition blockade and then their mooted attack on Hudaydah was likely to plunge Yemen into famine. Those warnings were heeded. The worst was avoided,” he said.

“It would then be the unhappiest of ironies if the failure of Ansar Allah to allow us to deal with the tanker were to be the cause of the loss of the ports. The consequences would be just as I warned in 2017 and 2018. I hope wiser counsels will prevail,” he added, using the formal name adopted by the Houthis.

The Safer is estimated to hold over 1.1 million barrels of oil onboard, and has been stranded off the coast of Yemen since Houthis captured the nearby coastline in 2015.

In addition to the possible standstill its failure would cause at nearby ports, analysts have warned of an environmental catastrophe in the Red Sea should it be breached.

Speaking alongside Lowcock, the UN’s Yemen mediator said the deployment of an “independent and expert-driven assessment is of critical importance, I think we all agree, to allowing us to fully understand the scope, the size, the threat of this issue and the possible solutions to it.”

“The United Nations has made clear to Ansar Allah the team’s mission: which is to assess the condition of the tanker, to undertake any initial possible repairs, and to formulate urgently needed recommendations on what further action is required,” he said.