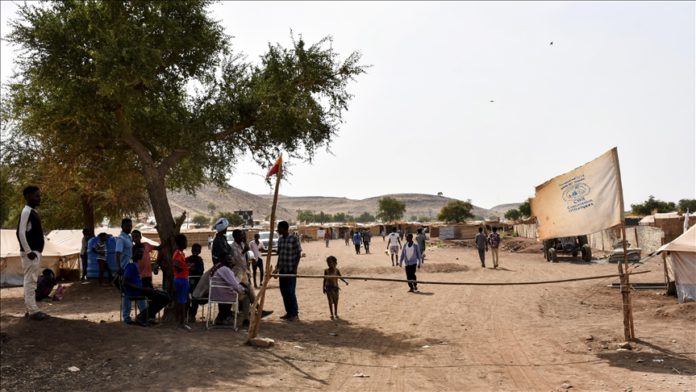 The UN on Friday said access to essential services in the restive Tigray region of Ethiopia has been “decimated,” with children facing acute hunger and 5.2 million people in need of humanitarian assistance.

Thousands of people are believed to have been killed, but there are no verified casualty figures, Jens Laerke, spokesperson for the UN Office for the Coordination of Humanitarian Affairs (OCHA), told a news conference in Geneva.

Marixie Mercado, spokesperson for the UN International Children’s Emergency Fund (UNICEF), told journalists she had returned from a trip to two previously inaccessible Tigray districts, where there were no supplies of the therapeutic foods needed to treat acute malnutrition.

“UNICEF estimates that over 100,000 children in Tigray could suffer from life-threatening severe acute malnutrition in the next 12 months – a tenfold increase compared to the average annual caseload,” she said.

“This malnutrition crisis is taking place amid extensive, systematic damage to the food, health, nutrition, water and sanitation systems, and services that children and their families depend on for their survival.”

Mercado said there were no antibiotics and health facilities have no electricity, adding that children have not been vaccinated for months.

The UN emergency relief coordinator, Martin Griffiths, arrived on a six-day mission to Ethiopia on Thursday and is expected to travel to the Tigray region.

“After more than eight months of conflict in Tigray, 5.2 million people or about 90% of the population need life-saving and life-sustaining humanitarian assistance,” said Laerke.

He said there are reports of horrific violations against civilians.

“These include the systematic use of rape as a tactic of war. More than 1,600 cases of sexual and gender-based violence have been reported since the conflict began,” said Laerke.

“Access to basic services such as health care and water and sanitation has been decimated.”

The UN is concerned about disease outbreaks, especially during the rainy season from June to September.

“This lack of fundamental services is a silent killer,” he warned.

He said the operating environment in Tigray is hazardous.

“At least 12 aid workers have been killed. On June 24, three MSF (Doctors Without Borders) staff were brutally murdered,” said Laerke.

The conflict in Tigray started in the November 2020 harvest season, and at that time, it had already lost 25% of its crops to locusts.

“Over 90% of what was left of the harvest is estimated to have been lost due to looting, burning, or other destruction. There has also been widespread looting and killing of livestock in the region,” said Laerke.

“Trucks should be arriving into Mekele, the capital, every day. We estimate that at least 500 trucks of supplies are needed each week to meet the needs in Tigray,” he added.

The UN has lost access to the refugee camps for more than two weeks as the Ethiopian government battles for control in Tigray against the Tigray People’s Liberation Front (TPLF).

The TPLF ruled Ethiopia for 27 years at the head of a four-party coalition called the Ethiopian Peoples’ Revolutionary Democratic Front before it was deposed in 2018 after three years of anti-government protests.