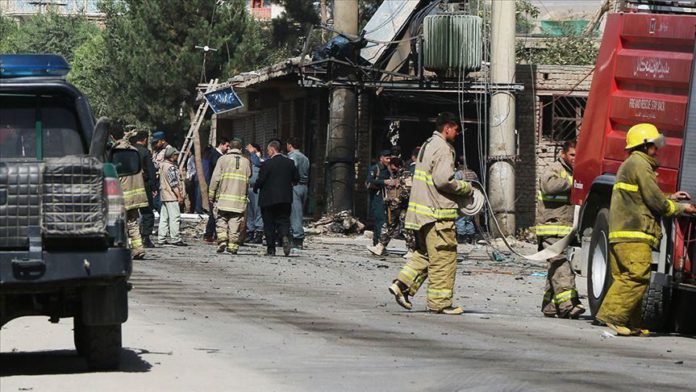 The mid-year report by the UN Assistance Mission in Afghanistan said the country continues to face one of the deadliest conflicts in the world despite a 13% fall in the casualties in comparison to the same period last year.

In contrast, government forces were blamed for attacks in which 789 people were injured (508) or killed (281).

The report said women and children continue to be disproportionately affected by the direct and indirect impacts of the 19-year-long armed conflict.

Deborah Lyons, the UN secretary-general’s special representative for Afghanistan, urged the warring parties to stop the “carnage” and get to the negotiating table.

Hopes are being raised of a start to intra-Afghan dialogue but there is a stalemate between Taliban and Kabul in the final release of prisoners, a prerequisite for the start of negotiations.

The prisoner exchange — release of 5,000 Taliban prisoners in return of 1,000 captive security forces — was agreed in a landmark deal between Washington and the Taliban this February.

Under the deal, the US committed to withdraw all foreign forces from Afghanistan by July 2021.

In return, the insurgents pledged to prevent terrorist groups from using Afghan soil for attacks, and to seek reconciliation with other Afghan groups.

A recent UN report, prepared by its analytical and sanctions monitoring team, which tracks terrorist groups around the world, said more than 6,000 insurgents, most belonging to the banned Tehreek-e-Taliban Pakistan, are hiding in Afghanistan.

Both Islamabad and Kabul have for long accused each other of harboring militant groups.

Meanwhile, US Special Representative for Afghanistan Reconciliation Zalmay Khalilzad embarked on a multi-nation tour in connection with the peace parlay.

Zambia to shut all schools amid COVID-19 fears