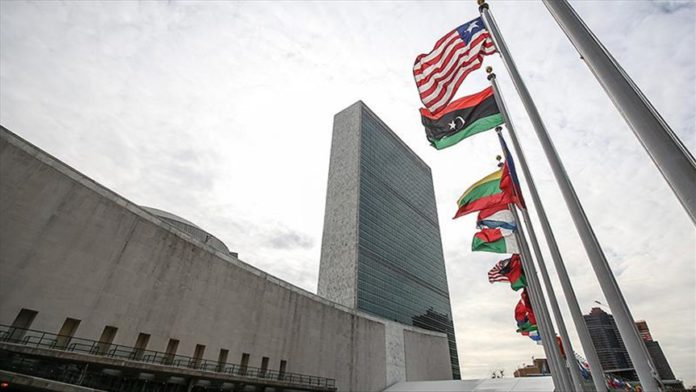 The UN Human Rights Office Wednesday called on Russian authorities to immediately release those detained after weeks of “peaceful protests” across the country, saying it is “deeply dismayed” by the jailing of opposition politician Alexey Navalny.

“We urge the authorities in Russia to immediately release all those detained for exercising their right to freedom of peaceful assembly and expression yesterday and over the past few weeks of protests across the country,” said UN Human Rights Office Spokeswoman Ravina Shamdasani.

In her statement, she noted: “We are deeply dismayed by the sentencing of Russian opposition figure Alexey Navalny by a court in Moscow yesterday to imprisonment for allegedly violating the conditions of a 2014 suspended sentence.”

She said that Navalny had faced accusations of breaking the condition of a suspended sentence “in an embezzlement case that the European Court of Human Rights had in 2017 already unanimously found to be arbitrary, unfair, and manifestly unreasonable.”

Navalny supporters took to the Russian capital’s streets Tuesday after he was sentenced to three and a half years in prison.

Following the verdict, Navalny supporters, mostly youths, gathered in Moscow’s Manege Square near the Kremlin, where police were heavily deployed.

The police acted harshly against protesters, who called on the city’s residents to take to the streets, chanting slogans against President Vladimir Putin. Many of the demonstrators were detained.

Shamdasani said: “There are reports that the number of people arrested yesterday was as high as 1,400. The government must ensure that demonstrations are handled in line with its obligations under international human rights law.”