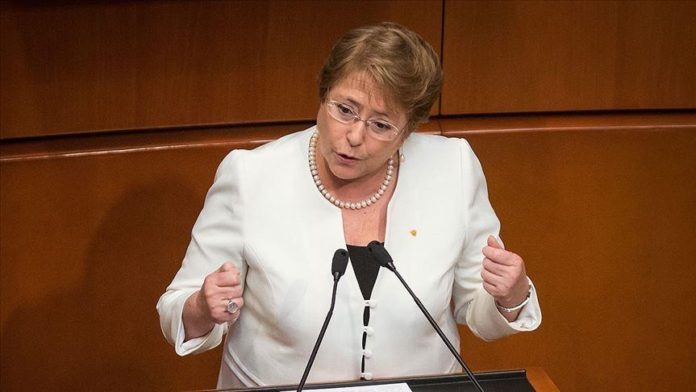 The UN human rights chief said Wednesday that her office remains concerned about ongoing reports of serious human rights violations in China’s Xinjiang region, home to ethnic Uighur community, and would like to visit the area.

“These reports came from a variety of sources, but consistent with our usual practice, my team is trying to validate the material we receive on these issues,” said the UN High Commissioner for Human Rights Michelle Bachelet, speaking to journalists at a hybrid press conference.

For many months, the UN rights office has sought access to the tightly controlled Muslim-majority Chinese region of Xinjiang and hopes to visit it in 2021.

In February, Bachelet told the Human Rights Council, “We will seek to analyze in-depth the human rights situation in China, including the situation of members of the Uighur minority.”

“We will continue to request unfettered access for an advance team in preparation for this proposed visit.”

The UN rights chief said that her office and the Chinese government had “resumed direct exchange on a visit to China” and also on contact about the COVID-19 pandemic.

Bachelet hoped that the format her office and the Chinese government were working on would lead to “meaningful access” for the UN team.

Beijing’s policy in Xinjiang has drawn widespread criticism from rights groups, including Amnesty International and Human Rights Watch, which accuse it of ostracizing 12 million Uighurs in China, most of whom are Muslims.

The region is home to 10 million Uighurs. The Turkic Muslim group, which makes up around 45% of Xinjiang’s population, has long accused China’s authorities of cultural, religious, and economic discrimination.