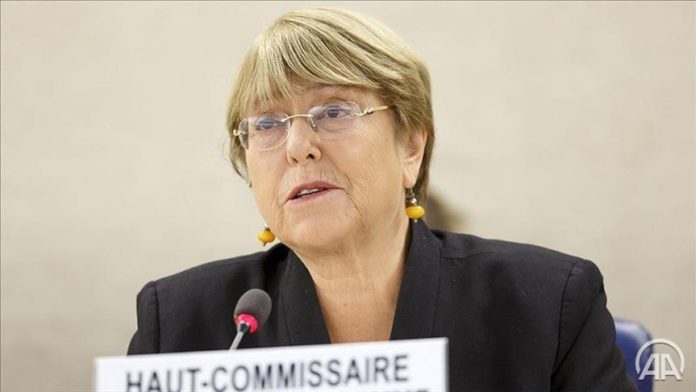 UN High Commissioner for Human Rights Michelle Bachelet said in a statement that humanitarian, human rights, and civilians “can never be targeted.”

“I am outraged at the brutal murder of three Medecins Sans Frontiers humanitarian workers in Tigray, Ethiopia,” said Bachelet, referring to the killings on Wednesday.

The MSF, or Doctors Without Borders, said its staff are mourning after receiving confirmation of the death of three of their colleagues in Tigray, one of them a Spanish national.

“Maria Hernandez, our emergency coordinator; Yohannes Halefom Reda, our assistant coordinator; and Tedros Gebremariam Gebremichael, our driver, were traveling … when we lost contact with them,” the MSF said on its website.

The aid group said their bodies were found Friday morning a few meters away from their empty vehicle during the stepped-up conflict in Tigray.

“Humanitarian and human rights workers are civilians and as such can never be targeted. Parties to the conflict must fully respect international human rights and humanitarian law,” said Bachelet.

She added that “these shocking killings come” as the rights office continues to receive reports of ongoing severe violations of international humanitarian law and gross human rights violations and abuses in Tigray.

The UN rights chief said there must be a timely, transparent and a thorough investigation into the killings of colleagues and all reports of violations and perpetrators must be held accountable.

Also expressing anger over the attack was Catherine Sozi, UN resident and humanitarian coordinator for Ethiopia.

“I am appalled and outraged by this horrific attack, which must be fully investigated, signaling that there is no impunity for such atrocious crimes.”

“Aid workers are not a target. Like all civilians, they must be respected and protected, as required under international humanitarian law,” Sozi stressed.

There has been no official response to the killings by the Ethiopian government.

The World Health Organization (WHO) chief Tedros Ghebreyesus had the day before mentioned an attack on Wednesday on a market outside the city of Mekelle in Ethiopia’s Tigray region that was bombed, killing and wounding civilians.

“Ambulances were blocked for more than a day from attending the scene and evacuating the wounded for medical care,” said Tedros, an Ethiopian who grew up in the Tigray region.

He said the WHO is currently providing life-saving trauma and surgical supplies to a hospital treating survivors who can reach care.

“Attacks on civilians anywhere are completely unacceptable, and so is denying them access to immediate care because we lose lives,” said Tedros.

The Ethiopian military on Thursday confirmed an airstrike on a busy market in the restive Tigray region, but “strongly denied” reports that they targeted civilians.

Tigray has been under the international spotlight since Nov. 4, when Ethiopia launched a law enforcement operation against the now-defunct Tigray People’s Liberation Front (TPLF) after the group had attacked troops stationed in the northernmost region of Tigray.

Later, the Ethiopian parliament designated the TPLF a terrorist group after its fighters killed and maimed soldiers and looted significant military hardware in a gruesome attack.

Over one million people are said to have been internally displaced, with tens of thousands fleeing to neighboring Sudan.

*Addis Getachew in Addis Ababa contributed to this report