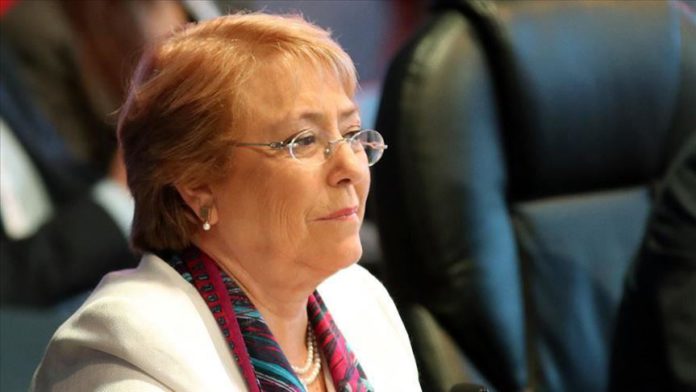 The UN human rights chief Tuesday welcomed the signing of a peace deal between the Transitional Government of Sudan and majority of the country’s armed groups as a major step in ending the suffering inflicted on Sudanese over the past decades.

“I hope that this hugely positive development can herald a final comprehensive accord with all parties to ensure peace prevails in Sudan,” said UN High Commissioner for Human Rights Michelle Bachelet, referring to the deal signed the day before.

“I urge all sides to ensure that human rights are kept at the heart of the peace deal and how it is implemented.”

The deal was initialed Monday in Juba, the capital of South Sudan, by Sudanese officials and leaders of the Sudan Revolutionary Front, an umbrella organization of rebel groups from Darfur and the southern region states of South Kordofan and Blue Nile.

Two rebel factions, SLM/AM and Sudan People’s Liberation Movement-North (SPLM-N), have refused to join the agreement, saying it does not meet their demands.

Darfur and other parts of Sudan witnessed a rise in tribal clashes after the ousting of President Omar al-Bashir, who ruled Sudan after assuming power in a military coup in 1989 and was ousted by the military in April 2019 after mass protests against his rule.

Bachelet was heartened that the parties had agreed to establish a special criminal court for crimes committed in Darfur, establish transitional justice and reconciliation mechanisms, and cooperate with the International Criminal Court.

“These commitments now need to lead to justice, truth, and remedies for victims and their families,” said the UN rights chief.

“All those responsible for human rights violations and abuses committed during Sudan’s conflicts must be held to account, in accordance with due process and without unjustified delays,” Bachelet stressed.

“In addition, there needs to be the continued consultation, participation, and representation of the Sudanese population in the establishment of these transitional justice and reconciliation mechanisms.”

The deal grants a share to the rebels in government institutions — 35% of the cabinet ministers, 75 seats in the upcoming 300-member transitional legislative assembly, and three members in the ruling 11-strong Sovereign Council.

It also proposes a federal system for Sudan and grants South Kordofan and Blue Nile the right to self-autonomy.

Under the agreement, the Darfur region will be able to select their governor as the region that split into five states would be reunified into one area after seven months.

The deal also grants Darfur 40% of its revenues and 20% of the civil service employment opportunities.

In a reminder of the challenges that Sudan faces, the UN rights chief expressed deep concern that inter-communal violence had erupted in East Sudan in recent weeks, with dozens of people reportedly killed or injured.