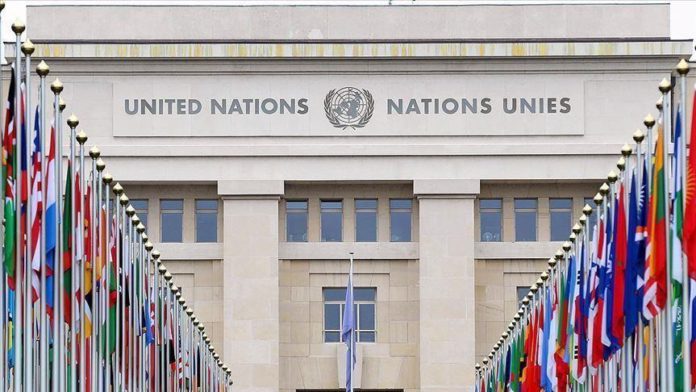 The UN High Commissioner for Human Rights said Thursday her office is “deeply troubled” by the attack the day before on the US Capitol triggered by “incitement to violence and hatred by political leaders” when rioters stormed the building, forcing lawmakers to evacuate.

Michelle Bachelet, in a statement, said her office supports calls from many quarters for a thorough investigation into the events around the storming of the building that houses the US Congress.

“We are deeply troubled by Wednesday’s attack on the US Capitol, which demonstrated clearly the destructive impact of sustained, deliberate distortion of facts and incitement to violence and hatred by political leaders.

“Allegations of electoral fraud have been invoked to try to undermine the right to political participation. We are encouraged to see that the process has continued in spite of serious attempts to disrupt it,” she said.

Democratic and Republican lawmakers in the US condemned the Capitol building’s storming by supporters of Donald Trump, blaming the outgoing president for inciting a “coup” and dubbing the incident an “act of terrorism.”

“The attack at the Capitol was a despicable act of terrorism and a shocking assault on our democratic system,” Republican Senator Ted Cruz from Texas said in a statement, as he urged the Justice Department to prosecute those involved in “these brazen acts of violence.”

On Wednesday, Trump supporters clashed with police, protesting Congress’ certification of Joe Biden’s presidential victory, and later breached the Capitol building and made their way to the Senate floor, forcing lawmakers to evacuate the building.

“We call on leaders from across the political spectrum, including the president of the United States, to disavow false and dangerous narratives and encourage their supporters to do so as well.

“We note with dismay the serious threats and destruction of property faced by media professionals yesterday,” said Bachelet.