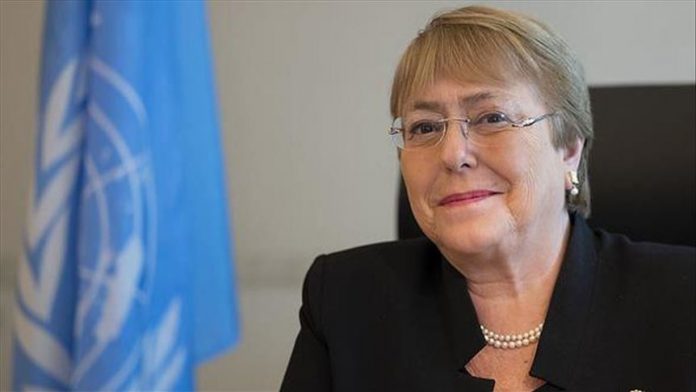 UN human rights chief Michelle Bachelet on Friday expressed alarm at the “continuing lack of transparency about casualties and the treatment” of some 7,000 detainees in Iran.

In a media briefing, Rupert Colville, UN rights office spokesman, said at least 7,000 people have reportedly been arrested in 28 of Iran’s 31 provinces since mass protests broke out on Nov. 15.

“The high commissioner is extremely concerned about the conditions under which they are being held, including their physical treatment, violations of their right to due process, and the possibility that a significant number of them may be charged with

US: Supporters of Azerbaijan protest attacks by Armenia