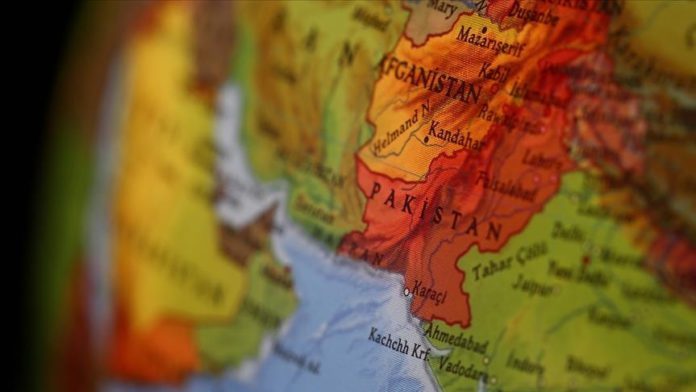 A new UN report on Daesh/ISIS and al-Qaeda vindicates Pakistan’s longstanding position on the threat of Afghan-based terrorist groups, according to Islamabad.

Pakistan has long drawn the international community’s attention to how hostile intelligence agencies are helping Tehreek e-Taliban Pakistan (TTP), a major terrorist group, and its affiliates based in Afghanistan, Pakistan’s Foreign Ministry said in a statement late Sunday.

“One of the results of that support was the merger of JuA [Jamatul Ahrar] and HuA [Hizbul Ahrar] and other splinter groups of LeJ [Lashkar-e-Jhangvi] with TTP in Afghanistan last year,” spokesman Zahid Hafeez Chaudhri said.

Pakistan has also raised the issue of cross-border attacks by the TTP on security forces deployed on its side of the border, he added.

In a Feb. 3 report to the UN Security Council, the Analytical Support and Sanctions Monitoring Team said the TTP carried out over 100 cross-border attacks from Afghanistan in Pakistan between July and October 2020.

“Tehreek-e-Taliban Pakistan was reported to have overseen a reunification of splinter groups that took place in Afghanistan and was moderated by Al-Qaida. This was expected to increase the threat to Afghanistan, Pakistan, and the region,” the report said.

The report added that five groups pledged alliance to the TTP in July and August, including the Shehryar Mehsud group, JuA, HuA, the Amjad Farooqi group, and the Usman Saifullah group, formerly known as LeJ.

“This increased the strength of TTP and resulted in a sharp increase in attacks in the region.”

The ministry said Pakistan expects the Afghan National Defense and Security Forces and NATO’s Resolute Support Mission to launch a dedicated effort to neutralize the threat emanating from Afghanistan.

Pakistan acknowledges the UN Analytical and Monitoring Team’s efforts in exposing the hostile agencies’ sponsored collusion of anti-Pakistan elements in Afghanistan, Chaudhri said, adding that his country stands firm in its resolve to partner with the international community against terrorism.

The UN report said between 2,500 and 6,000 insurgents responsible for attacking Pakistani military and civilian targets are hiding in Afghanistan.

Israel locks down city of Bnei Brak over coronavirus