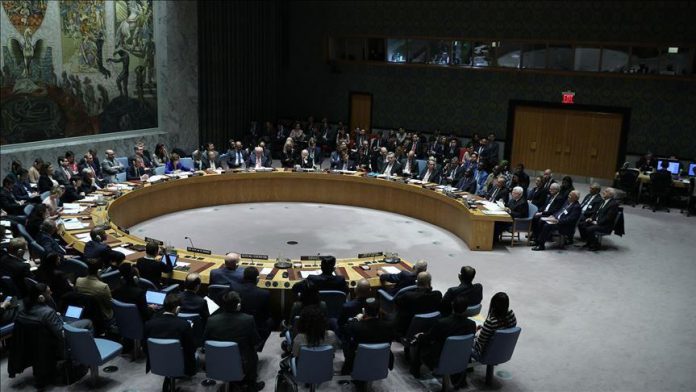 The UN Security Council passed a resolution extending sanctions in Yemen on Tuesday despite reservations from Russia and China over references to the Iran-aligned Houthi rebel militants.

The United Kingdom, which drafted the document, and the United States and France were among the 13 members voting for the document in the 15-nation council, with abstentions Moscow and Beijing.

Council members had disagreed over how the resolution should tackle details of Yemen’s Houthi rebels receiving drone parts that bore similarities to weapons parts manufactured in Iran, according to a report by UN inspectors.

“The Houthis did not just conjure