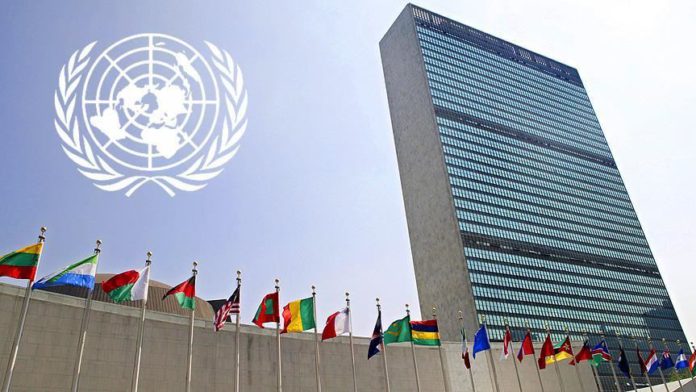 The UN Security Council late Friday turned down a resolution introduced by the US to indefinitely extend an arms embargo on Iran.

US Secretary of State Mike Pompeo, who appealed to the 15-member Council to vote for the move, said the group’s “failure to act decisively” was “inexcusable.”

“It rejected a reasonable resolution to extend the 13-year old arms embargo on Iran and paved the way for the world’s leading state sponsor of terrorism to buy and sell conventional weapons without specific UN restrictions in place for the first time in over a decade,” he said in a statement.

Pompeo said the US will “never abandon” its friends in the region who “expected more” from the Security Council, in apparent reference to Israel.

“The result of the vote in #UNSC on arms embargo against Iran shows—once more—the US’ isolation. US must learn from this debacle. Its attempt to ‘snapback’ sanctions is illegal, and was rejected by int’l community, as was evident today,” Iranian UN envoy Takht Ravanchi tweeted after the vote. “Imposition of any sanctions or restrictions on Iran by #UNSC will be met severely by Iran and our options are not limited. And the United States and any entity which may assist it or acquiesce in its illegal behavior, will bear the full responsibility.”

According to sources, the resolution faced strong oppression from Russia and China, two veto-holding members of the Council and close allies of Iran.

The powerful pro-Israel lobbying group in the US Congress, AIPAC, said the vote “threatens to further destabilize the region” and is “contrary to the security interests” of the US and its allies.

The US introduced a revised resolution Thursday to the Council after an earlier draft found no favor with members, including US allies.

Iranian President Hasan Rouhani warned of “consequences” if the Council accepted the resolution.

Iranian officials maintained that the move violates provisions of the Joint Comprehensive Plan of Action (JCPOA), also known as Iran nuclear deal, negotiated between Iran and P5+1 countries in 2015.

Reports in US media suggest the Trump administration is considering triggering snapback sanctions next week, as it previously threatened.

The US even circulated a document to Council members that said Washington had “an explicit right” to trigger the snapback clause of UN Resolution 2231 that formed the basis of the historic 2015 deal.

However, experts are of the opinion that the US may not be able to trigger snapbacks since it pulled out from the Iran nuclear deal in May 2018.

Meanwhile, Russian President Vladmir Putin proposed an online summit of the five permanent members of the Security Council, along with Iran and Germany, to discuss the arms embargo and avoid possible confrontation.