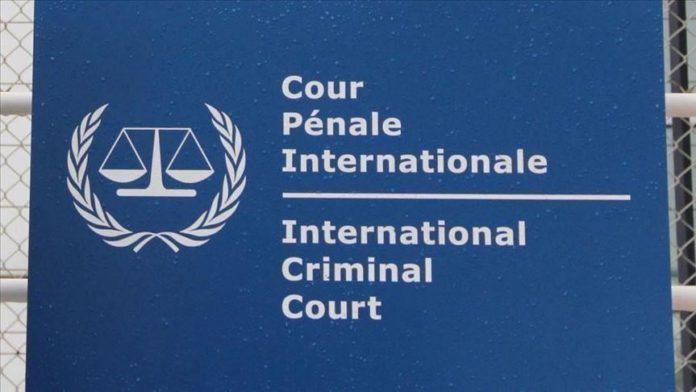 The UN human rights office said Friday it regrets a set of sanctions authorized by the administration of US President Donald Trump against International Criminal Court (ICC) officials who prosecute American troops.

Rupert Colville, a spokesman for the UN High Commissioner for Human Rights, in a video press briefing expressed the regret and impact the US measures may have on the investigations and trials underway in the ICC.

“The independence of the ICC and its ability to operate without interference must be guaranteed so that it can decide matters without any improper influence, inducements, pressures, threats or interference, direct or indirect, from any quarter, or for any reason,” said Colville.

He noted: “Victims of gross human rights violations and serious violations of international humanitarian law and their families have the right to redress and to the truth.”

“The measures announced impact not only the ICC officials but also impact their family members.”

He observed that in terms what the US is saying, the investigation in question is in Afghanistan.

White House Press Secretary Kayleigh McEnany had said in a statement Thursday, “As part of President Donald J. Trump’s steadfast commitment to protecting American service members and defending our national sovereignty,” he had authorized economic sanctions against ICC officials directly engaged with any effort to investigate or prosecute US personnel without the consent of the United States.

She said Trump also authorized the expansion of visa restrictions against ICC officials and family members.

The Trump administration believes there is “corruption and misconduct at the highest levels” of the ICC Office of the Prosecutor.

The administration, therefore, questioned the integrity of investigations into American service members, according to the spokeswoman.

ICC officials involved in an investigation about whether US soldiers committed war crimes in Afghanistan after a preliminary examination in 2017 showed “reasonable ground,” the court said.

“The United States is not a State Party to the Rome Statute and has repeatedly rejected the International Criminal Court’s assertions of jurisdiction over United States personnel,” she added, calling ICC’s actions “an attack on the rights of the American people” and threatening “to infringe upon US national sovereignty,” McEnany said.

She emphasized that although the US reiterated its call a couple of times, the ICC “has taken no action to reform itself” and “continued to pursue politically-motivated investigations” against Washington and its allies.

“We are concerned that adversary nations are manipulating the International Criminal Court by encouraging these allegations against United States personnel,” she said.