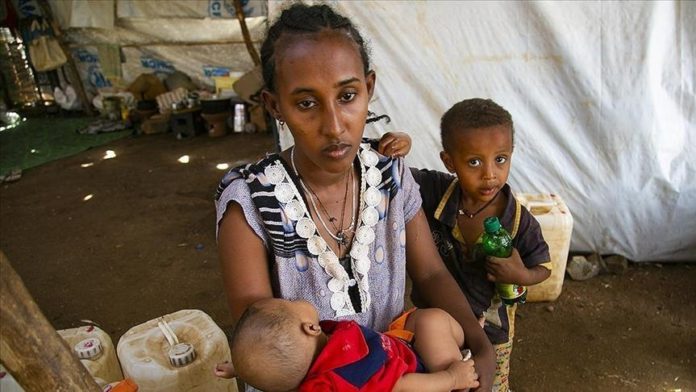 The UN refugee agency and World Health Organization have expressed concerns about access to the population in Ethiopia’s restive Tigray region as the WHO says it is worried about the potential for cholera, measles, and malaria outbreaks in the region.

Their concerns came on Tuesday after Ethiopia’s government declared a unilateral cease-fire the day before unconfirmed reports saying that after months of fighting, the rebel Tigray People’s Liberation Front (TPLF) forces claimed they had captured Mekele, the capital of the northern region.

WHO spokesman Tarik Jasarevic warned at a UN press briefing in Geneva that a combination of factors in the region “is a recipe” for large epidemics.

Boris Cheshirkov, the UN refugee agency spokesman, said at the same briefing: “UNHCR is extremely worried about the latest developments inside Tigray, particularly in the capital Mekele.”

“We are concerned about the lack of communication, as both electrical power and phone networks are not functioning. This is making it even more difficult for our staff to work and deliver humanitarian assistance.”

WHO’s Jasarevic said: “We are concerned about the potential for cholera, measles, and malaria outbreaks in the region. The Tigray region is also located on the meningitis belt and is at risk of yellow fever outbreaks.

“With hospitals barely functioning, people displaced, and the looming famine, the risk of communicable and vaccine-preventable diseases spreading due to lack of food, clean water, safe shelter, and access to health care is very real.

“All these factors combined are a recipe for larger epidemics.”

The international spotlight has shone on Tigray since Nov. 4, when Ethiopia launched a law enforcement operation against the TPLF after the group had attacked troops stationed in the northernmost region of Tigray.

Later, the Ethiopian parliament designated the TPLF a terrorist group after its fighters killed and maimed soldiers and looted significant military hardware in a gruesome attack.

Over 1 million people are said to have been internally displaced, with tens of thousands fleeing to neighboring Sudan.