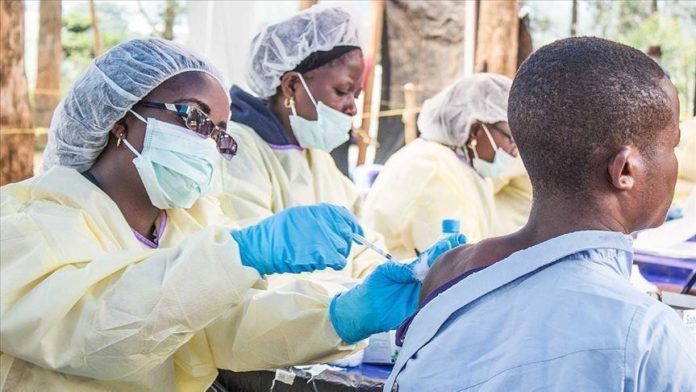 The UN refugee agency warned on Tuesday that many of the world’s stateless people may miss out on vaccinations due to their lack of citizenship or proof of identity.

“This has hugely damaging impacts on their fundamental human rights, and now they may also be excluded from accessing life-saving vaccinations,” he added.

In a separate report, the International Organization for Migration and the World Food Program said nearly 9 million internally displaced persons (IDPs), 4.7 million refugees, and asylum seekers, and hundreds of thousands of migrants in East and Horn of Africa are suffering some of the worst impacts of the COVID-19 pandemic.

The UNHCR, in its latest report on ‘The Impact of Covid-19 on Stateless Populations,’ notes that most national immunization plans do not provide clarity on their coverage of stateless people.

The refugee agency has a formal UN mandate to prevent and reduce statelessness, protect stateless people, and be aware of a global population of at least 4.2 million stateless people living in some 94 countries.

166 countries vaccinating at end of May

Its report says as of May 26, some 166 countries had begun vaccination campaigns.

The UNHCR warns that many who do not have nationality or identity documents will be excluded unless states make particular efforts to reach them and address the specific challenges they are likely to face.

The new report provides recommendations and examples of good state practice in this regard, including accepting alternate forms of proof of a person’s identity.

“In the interest of protecting people’s lives and securing public health, national vaccination plans must be implemented in as inclusive a manner as possible,” said Triggs.

Since the onset of the pandemic, many stateless people continue to face difficulties in accessing health care and social services.

The UNHCR said many people may be afraid to come forward for testing or treatment owing to their lack of legal status, which could place them at risk of detention or deportation.

The cost of medical attention, including vaccinations, can also be prohibitive for stateless people, as they are usually not covered by national, public healthcare schemes.

The UN refugee agency mentions countries like Spain, Portugal, Turkmenistan, Lebanon, and Kuwait as examples of countries that do not discriminate against residents based on their legal status or nationality when it comes to vaccination.