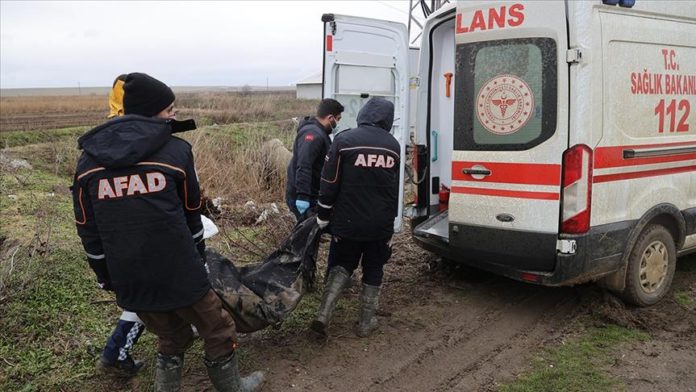 The UN Refugee Agency said on Friday it was “shocked and deeply distressed” by reports that 19 migrants died on Wednesday on the Greek-Turkish border.

“We have seen reports in the media. And we are shocked and deeply distressed by these reports,” UN High Commission for Refugees spokesman Boris Cheshirkov told a news conference.

He said they have reports that people have died near the border between Greece and Turkiye.

“We are working to verify these reports,” he said in reply to a question from Anadolu Agency.

According to Cheshirkov, the UN agency has received reports of an increase in the number of human rights violations at land and sea borders during the last two years.

Turkiye’s Interior Minister Suleyman Soylu heavily criticized Greece on Wednesday for the inhuman and degrading treatment of irregular migrants and said those who were found dead were stripped of their clothes and shoes by the Greek border guards.

At least 19 irregular migrants were found frozen to death, the Turkish authorities said on Thursday, raising the death toll from 12 a day earlier.