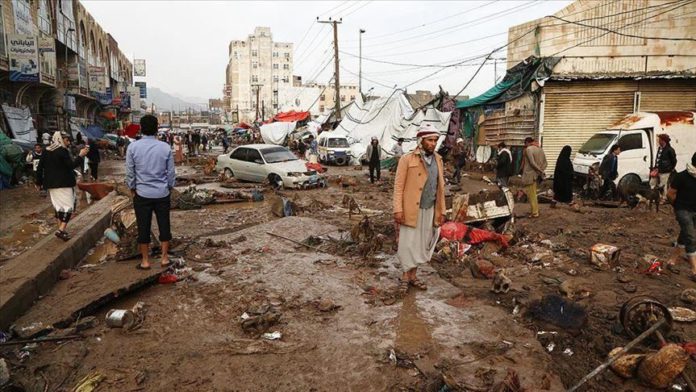 Heavy rains and floods in Yemen since mid-April are affecting 150,000 people, said the UN on Friday.

Homes, shelters, roads and bridges were damaged, water supplies polluted, and basic services such as electricity cut because of the disaster, said Jens Larke, spokesperson for UN Humanitarian Affairs Coordination Office (OCHA), at a press conference.

He also noted that the capital city of Sanaa is the most affected city by the disaster and there has been electricity cut since April 21 in Aden.

Underlining that polluted water sources increase the risk of malaria and cholera epidemic, Larke said: “More than 110,000 suspicious cholera cases have been detected in Yemen since January this year.”

Aden, the temporary capital in the south of the country, was declared a disaster area on April 22 due to the loss and damage caused by the flood.