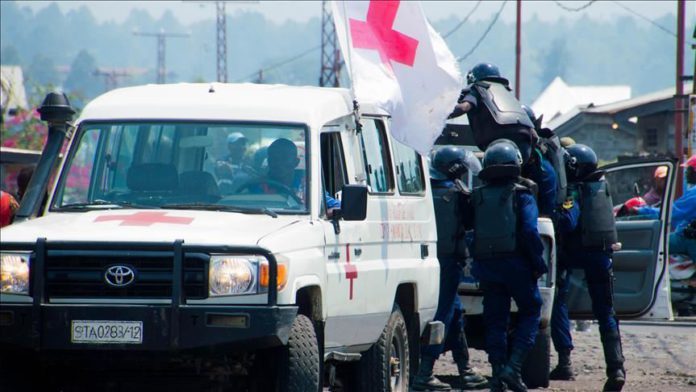 A peacekeeper from Indonesia was killed and another injured Monday evening in an attack on a UN peacekeeping force (MONUSCO) patrol in the Democratic Republic of Congo (DRC), the UN said Tuesday.

The attack by suspected Ugandan rebels of the Allied Democratic Forces (ADF) took place in the town of Makisabo near the city of Beni in the North Kivu province.

The militia, formed in the 1990s, has been accused of widespread atrocities.

In a statement, Leila Zerrougui, the head of the UN mission in DR Congo, condemned the attack, and extended condolences to the family of the deceased and to the Indonesian government.

“It highlights the sacrifice of the women and men peacekeepers who risk their lives every day away from home to protect civilians and restore peace and stability in eastern DR Congo,” she said.

The victim had been taking part in a project to build a bridge in the Hululu area, Zerrougui added.

The UN mission, with its 18,000-strong force, is mandated to the protection of civilians, humanitarian personnel and human rights defenders, and to support the DRC government in its stabilization and peace consolidation efforts.

The origins of the current violence in the DRC are in the massive refugee crisis and spillover from the 1994 genocide in Rwanda, according to the Council on Foreign Relations. The country’s massive wealth of untapped mineral resources also fuels violence.

Several armed groups are believed to operate in its eastern region. These groups continue to terrorize communities and control weakly governed areas.

Millions of civilians have been forced to flee the fighting. The UN estimates there are currently 4.5 million internally displaced persons in the DRC, and more than 800,000 DRC refugees in other nations.