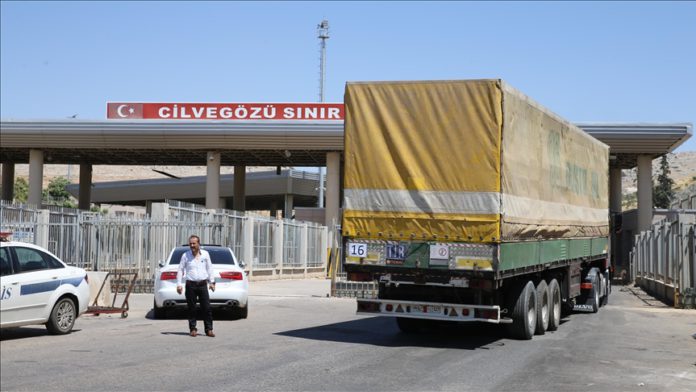 The UN deputy regional humanitarian coordinator for the Syria crisis on Monday welcomed the extension of authorization for the Cilvegozu border gate in southern Turkey for one more year to dispatch humanitarian aid to needy Syrians.

During a visit to the UN aid loading facility in the Reyhanli district of Hatay province, near Turkey’s border with Syria, Mark Cutts commented on the UN Security Council (UNSC) move to extend the cross-border mechanism authorization for the delivery of humanitarian aid to Syria through Turkey for another year.

Cutts said millions of Syrians are in need of humanitarian assistance and the majority of these aids reach the region through the Cilvegozu border gate, which plays a vital role in this regard.

The official went on saying that the aid materials go to needy families in cities such as Idlib, Azaz, Jarabulus, Afrin, and Al-Bab through Turkey and over a thousand vehicles carrying aid crossed Cilvegozu into Syria.

The UNSC decision ensured that food, medical equipment, tents, water and personal care products will be sent to the region without interruption, he added.

International humanitarian aid to Syria was sent through four border crossings until 2020, with two of them were on the Turkish borderline. However, the count of crossings was reduced to two following a Russian veto. Later, Russians approved to keep only Bab al-Hawa border gate open for another year.

Syria has been mired in a vicious civil war since early 2011 when the Assad regime cracked down on pro-democracy protests with unexpected ferocity.