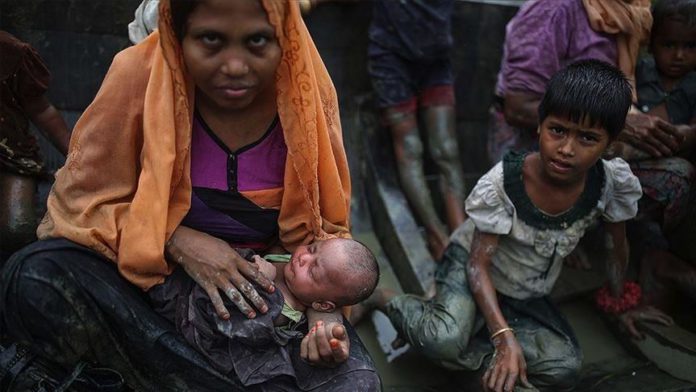 A senior India analyst and an expert on ethnic conflicts has said that the UN’s long-term strategy to tackle the Rohingya crises does not address their actual condition.

“UN-led process is focused on a long-term strategy of bringing prosperity to the Rohingya areas, but this long-term strategy does not take into account the actual conditions of human right abuses and poverty, rampant amongst the Rohingya refugee population,” said Namrata Goswami, who has worked on ethnic and intrastate conflict.

Speaking to Anadolu Agency, she said since 2017, there have been reports of UN mismanagement involving Rohingya crises.

She attributed this to blind-siding by several top leaders by the reputation of Myanmar’s leader Aung San Suu Kyi and they did not want to annoy her.

Goswami urged the UN to prioritize effective repatriation and help countries like Bangladesh to accomplish goals. She said besides the UN, organizations like the European Union and the Association of Southeast Asian Nations can also be utilized to raise the issue since they have human rights as a key issue in their policy agendas.

She said that refugees can only return to Myanmar once there is a conducive environment.

“At this time, the situation and context in Myanmar about the status of the Rohingyas is not optimal and hence refugees cannot be pressurized to go back,” she said, reminding that during the recent Myanmar’s elections, the Rohingyas have been barred from taking part in the elections once again.

On India’s role, she said as a regional and global player, New Delhi should take a more proactive stance in ensuring a safe repatriation program for the Rohingya refugees.

She also called for respecting the UN-backed resettlement process, especially when India was taking up its non-permanent membership of the UN Security Council in January 2021.

India hosts 18,914 Rohingya currently, as per data with the UNHCR office in New Delhi.

Earlier this year, a senior minister of Prime Minister Narendra Modi’s government had asked for their deportation from the country.

The shift in the attitude of the Indian government became quite evident recently after three groups of Rohingya making up to at least 20 people, who had tried to enter the country from northeastern states of Assam and Manipur, were deported to Myanmar.

Asked about the solution to the Rohingya crisis, Goswami said, the Myanmar government has to take responsibility for the crisis.

“Also, Rohingya refugees may not want to return to Myanmar’s Rakhine state after what they faced in 2017. So, countries like Bangladesh where they are housed would require international aid to deal with the refugees and repatriate them,” she said.

Goswami added that the UN has described the crisis as “ethnic cleansing”, the words alone do not affect the internal dynamics of Myanmar.

“It is time to move from words to the actual implementation of policy to create a conducive environment for Rohingya refugees, “she added.

Amid normalization, how can Turkiye, Armenia rediscover their trade potential?