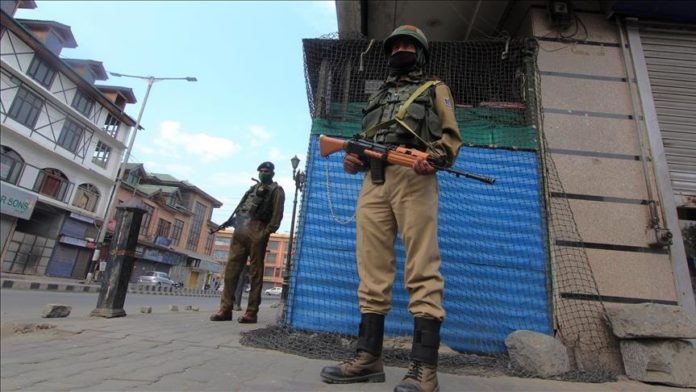 The UN must intervene to stop New Delhi’s “inhumanity and gross violation of international laws” in Indian-administered Jammu and Kashmir, a Malaysian group said on Wednesday.

The Malaysian Consultative Council of Islamic Organizations (MAPIM) calls for an end to the impunity given to Indian forces to crush the Kashmiri freedom struggle, Azmi Abdul Hamid, the group’s president, said in a statement.

He said India has brought thousands of troops into the disputed region with no regard for the rights of the Kashmiri people.

“The brutalities of more than 900,000 Indian troops against Kashmiris are a clear violation of all international laws. It is more than just an occupation – it is extermination,” said Hamid, urging the UN to immediately intervene.

The statement said India’s worsening rights violations and forced demographic changes to transform Kashmir from a Muslim-majority territory to a Hindu-dominated region was “a dangerous path.”

“Regional instability will be an imminent outcome if this continues to be neglected,” it said.

The council accused Indian forces of carrying out extrajudicial murders, custodial torture, and detaining people without any charge under the pretext of anti-terror operations.

Calling for India to be held responsible for its “crimes against humanity” in the region, Hamid said there was a need for greater diplomatic pressure and courage for a firm stand against New Delhi.

The council also expressed concern over conditions faced by freedom activists who have been tortured in custody and barred from proper legal representation.

Referring to Asiya Andrabi and her associates, it said due course of law was not followed in the case and the leader of the pro-freedom group Dukhtaran-e-Millat, or Daughters of the Nation, has been falsely charged.

“The possibility of her being sentenced to death by Indian courts is imminent. The international community must not remain silent on this issue,” the council added, calling for Andrabi’s unconditional release and for charges against her to be dropped.