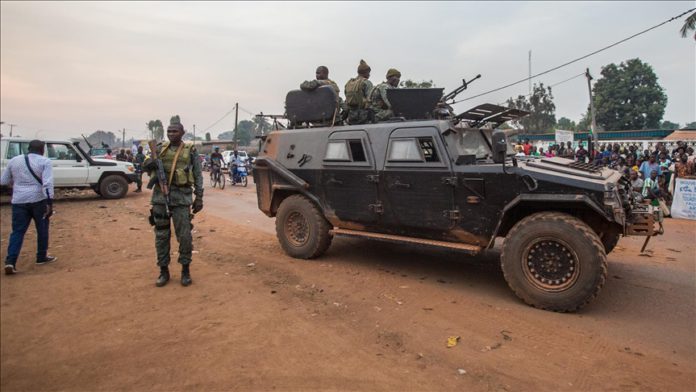 The UN mission in the Central African Republic paid on Tuesday homage to five peacekeepers killed in the line of duty.

The peacekeepers from Bangladesh, Burundi and Cameroon were killed and several others injured in separate rebel attacks in the war-torn country last month and January.

Mankeur Ndiaye, special representative of UN secretary-general in Central African Republic, said the perpetrators of the barbaric acts will have to be held accountable.

Commander Gen. Daniel Sidiki Traore said the peacekeepers “will be remembered as gallant soldiers who made the ultimate sacrifice of giving their lives to save the lives of others in the name of peace.”

“We honor and celebrate the sacrifice they made in the service of duty for humanity,” said Traore. “To their families, we’d like to express our heartfelt condolences. We sincerely share in your grief and the regrettable loss of your loved ones,” he said.

The situation has been tense in the CAR after the Constitutional Council rejected former President Francois Bozize’s candidacy for the Dec. 27, 2020 elections.

The former general seized power in a 2003 coup but was overthrown in a 2013 rebellion.

Faustin-Archange Touadera, who has won a second term as president, has reiterated his commitment for peace.