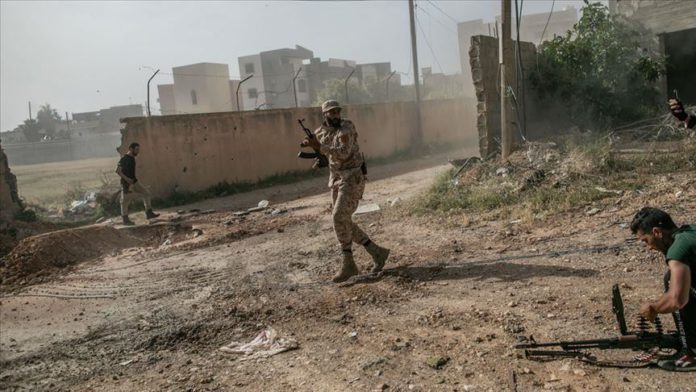 The UN on Thursday called on parties in Libya to announce a cease-fire and resume joint military commission talks.

“Building on the various Libyan and international calls for a ceasefire, including the Libyan National Army’s constructive statement announcing a truce during Ramadan and the response of the Government of National Accord, UNSMIL calls upon both parties to seize this opportunity to immediately halt all military operations and resume the 5+5 Joint Military Commission talks — on a virtual basis, if needed — with the goal to reach a permanent ceasefire based upon the draft agreement proposed by the Mission on 23 February,” the United Nations Support Mission in Libya (UNSML) said in a statement.

Libya’s UN-recognized Government of National Accord (GNA) accuses several regional and European countries of providing military support to militias loyal to renegade general Khalifa Haftar, who contests the GNA’s legitimacy and authority in the oil-rich country.

Turkey holds over 3,700 irregular migrants in past week