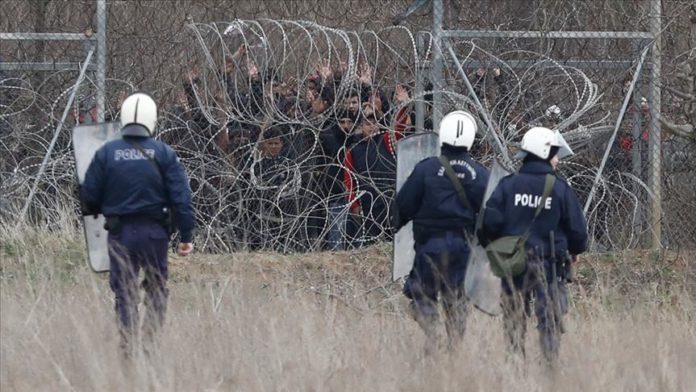 The UN human rights chief said Monday she has reports of pushbacks and collective expulsions of migrants at the European Union’s sea and land borders, describing it as a violation of their legal obligations.

Michelle Bachelet spoke at the opening of the 45th session of the Human Rights Council.

“Last week’s fire at the migrant camp in Lesbos, Greece, has had a drastic impact on the lives of thousands of people – and underscores the need for solidarity and shared responsibility among the EU Member States,” said Bachelet.

She encouraged the European Commission and EU states to enhance genuine solidarity and strengthen human rights safeguards at EU external borders in the upcoming EU Pact on Migration and Asylum,” she said.

“Reports of pushbacks and collective expulsions at the sea and land borders of EU States – in violation of legal obligations and with grave consequences for the lives and rights of migrants – call for independent monitoring and verification.”

Before Bachelet delivered her speech, there was some debate on a German and EU-led proposal to the council to hold an urgent meeting on the human rights situation in Belarus.

Venezuela opposed the motion. EU member states and Australia were among those that spoke in favor of the motion.

“There has been a steep deterioration of the human rights situation in Belarus in the run-up to, and aftermath of the presidential election of 9th August,” Michael Ungern-Sternberg, Germany’s Ambassador to the UN in Geneva said.

“It was held in the absence of meaningful international observation, and it was neither free nor fair. The High Commissioner for Human Rights condemned the violent response of the Belarusian authorities to post-electoral protests, as did the Secretary General’s office,” he said.

He appealed to the 47-member council not to adopt the motion.

In the voting made after the speeches, the EU’s request for an emergency session was accepted with 25 Yes votes, two No votes — by Venezuela and the Philippines — and there were 20 abstentions.

Turkey: Industrial production up for 10th month in row