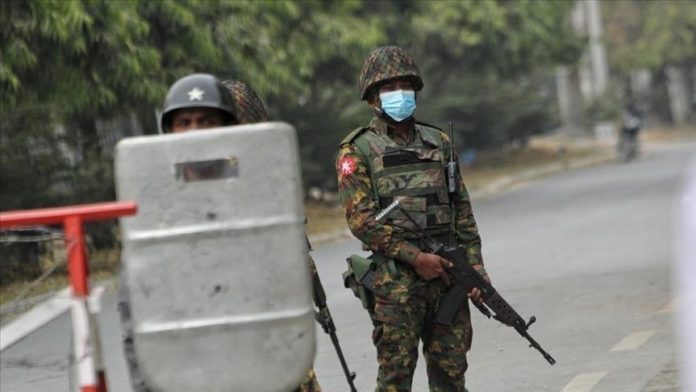 UN Under-Secretary-General for Humanitarian Affairs and Emergency Relief Coordinator Martin Griffiths said Sunday he is “horrified” over credible reports of an attack on civilians in Myanmar in which 35 people were killed.

Griffiths was referring to an incident that reportedly took place on Dec. 24 in eastern Kayah state.

“Credible reports say at least 35 people, including at least one child, were forced from their vehicles, killed and burned,” he said in a statement.

“I condemn this grievous incident and all attacks against civilians throughout the country, which are prohibited under international humanitarian law.”

Griffiths said two humanitarian workers of Save the Children caught in the violence whose vehicle was attacked and burned remain missing.

He called on Myanmar authorities to immediately launch a thorough and transparent investigation into the incident so they can swiftly bring the perpetrators to justice.

“Moreover, I call upon the Myanmar Armed Forces and all armed groups in Myanmar to take all measures to protect civilians from harm,” said Griffiths.

He said millions of people in Myanmar remain in dire need of humanitarian support.

The Burmese military, known locally as the Tatmadaw, launched a military coup on Feb. 1 and jailed the National League for Democracy (NLD) leadership led by Nobel laureate Aung San Suu Kyi, who was earlier this month sentenced to four years in prison.

More than 1,000 people have been killed while over 5,400 others have been arrested by junta forces, many of whom have since been released.