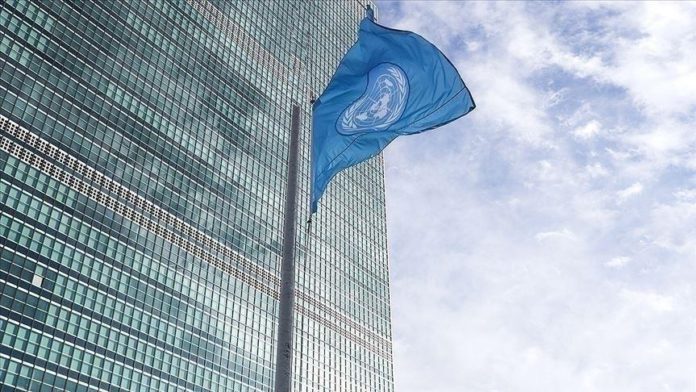 The UN migration agency said Wednesday that it is “horrified” by news of the reported deaths of 12 irregular migrants on the Turkiye-Greece border after they were pushed back from Greece.

“We are following up with relevant authorities about the circumstances of this tragedy,” International Organization for Migration (IOM) spokeswoman Safa Msehli said in response to a query by Anadolu Agency.

Twelve of 22 migrants “pushed back” by Greek border forces and stripped of their clothes and shoes “have frozen to death,” Soylu said on Twitter.

“As stated previously by IOM on numerous occasions, mounting reports of pushbacks against people on the move at some European borders and many parts of the world are extremely concerning and should be investigated, and action taken,” said Msehli on behalf of the UN organization.

“We reiterate that such practices are prohibited under international law and should not happen under any circumstances.”

The IOM spokeswoman said that the obligation and primacy of saving lives and prioritizing the well-being and human rights of migrants are vital to the integrity of any border.

Soylu said the EU “is remediless, weak and void of humane feelings.”

He added that while Greek forces acted as a “thug” against people made “victims,” they were tolerant toward members of the Fetullah Terrorist Organization, which was behind a 2016 defeated coup in Turkiye.

Soylu shared several photos of the site where the irregular migrants were found, with the victims blurred.

Earlier, the governor’s office of Edirne province in northwestern Turkiye released a statement saying that the bodies of nine migrants were found in the Pasakoy village of Ipsala District, less than 10 kilometers (6.2 miles) from the Greek border.

“Another migrant at risk of frostbite was rescued and transferred to the Kesan State Hospital,” the statement added.

It added that Turkish teams continue to conduct search and rescue missions in the area for migrants who may need medical assistance.

An investigation has been launched into the incident, it said.

It already hosts 4 million refugees, more than any other country globally, and is taking new security measures on its borders to prevent a fresh influx of migrants humanely.

Pakistan announces to ease lockdown from May 9