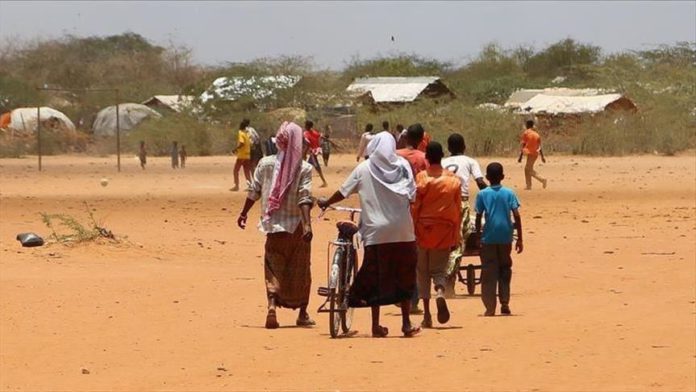 The UN has commended the Central African Republic for “significant progress” in terms of “political reforms, restoration of state authority and transitional justice ” since the signing of a peace agreement nearly two years ago.

Mankeur Ndiaye, a UN representative in the landlocked country, made the remarks late Monday during a virtual presentation at the UN Security Council and underlined the importance of the presidential and legislative elections scheduled for Dec. 27.

In Feb. 2019, the government signed an agreement with several armed groups that control large swathes of the country, committing to integrating some groups’ fighters into new army units and their leaders into the government.

“This is a unique opportunity to capitalize on the democratic gains of the 2015 elections, consolidate the constitutional order and continue the work of stabilizing the country,” Ndiaye said.

He then drew attention to the progress made in electoral matters in the country since 2019, including the drafting of the Electoral Code accompanied by United Nations Multidimensional Integrated Stabilization Mission in the Central African Republic.

“The Central African Republic is on its way towards the holding of elections, the success of which requires the commitment of all actors and respect for the authority of the Constitutional Court, judge of the elections,” the UN official said.

He called on political actors, the media and other leaders and other opinion leaders to “refrain from any disinformation campaign or stigmatization message,” warning that they would be documented, and submitted to the government.

The country has been wracked by violence since Seleka rebels ousted then President Francois Bozize in 2013, who rose to prominence during the rule of former dictator Jean-Bedel Bokassa.

But his failure to deliver genuine power sharing, followed by his re-election in disputed 2011 polls led to the offensive by the coalition of five armed rebel groups, which means “alliance” in the local Sango language.

The republic, which gained independence from France in 1960, has rich, yet underexploited deposits of gold, diamonds and uranium.

President Faustin-Archange Touadera, a former prime minister who is in office since 2016, has several times reiterated his commitment to preserving peace.