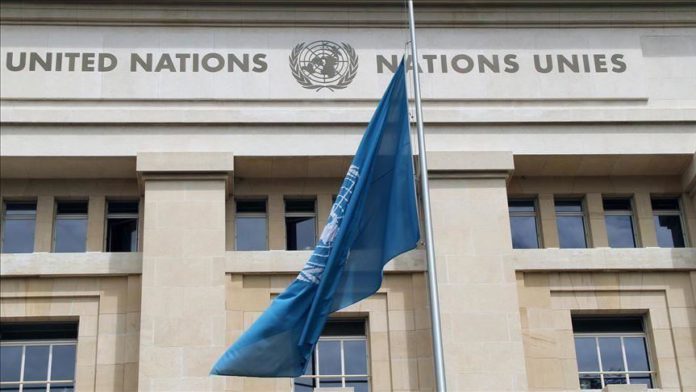 A graduate of the University of British Columbia, Al-Hathloul, 31, has been on a hunger strike since Oct. 26 against Al-Hair prison authorities. The prison approximately 25 miles (40 kilometers) south of Riyadh is Saudi Arabia’s largest detention center.

The UN’s Committee on the Elimination of Discrimination against Women (CEDAW) said in a statement that it was concerned at the reports that she is not allowed to keep regular contact with her family.

“The committee is seriously concerned by recent information concerning the conditions of Ms. Al-Hathloul’s prolonged detention, including reports that she is not allowed regular contact with her family,” read the statement.

Her case was singled out in a call by the CEDAW to release all detained women human rights defenders ahead of International Women Human Rights Defenders Day to be observed on Nov. 29.

Al-Hathloul was involved in promoting women’s rights in her country, including campaigns to allow women to drive and end male guardianship laws.

She met the CEDAW in Feb. 2018 to speak on the state of women’s rights in Saudi Arabia.

On May 15, 2018, she was arrested on the pretext of national security, which allows arbitrary arrest and detention.

“In February 2020, the Kingdom of Saudi Arabia assured the committee that Ms. Al-Hathloul’s trial would take place in March 2020. However, it has been postponed several times since then,” said the CEDAW.

The committee recalled its statement issued on Feb. 27, on the second anniversary of Al-Hathloul’s participation in CEDAW’S review of her country, calling on Saudi Arabia “to ensure her right to a fair trial without further delay”.

The committee said it “is alarmed” by the recent information concerning Al-Hathloul’s prolonged detention conditions, which have prompted her to start a hunger strike.

“Unlike other detainees, and contrary to UN Rules 26 and 42 that stipulates the treatment of women prisoners and non-custodial measures for women offenders, Ms. Al-Hathloul is neither allowed to have regular contact with her family nor to exercise activities, according to reports received,” CEDAW said.

It said the human rights defenders have the right to communicate with the UN and they should be free from the fear of any retribution.