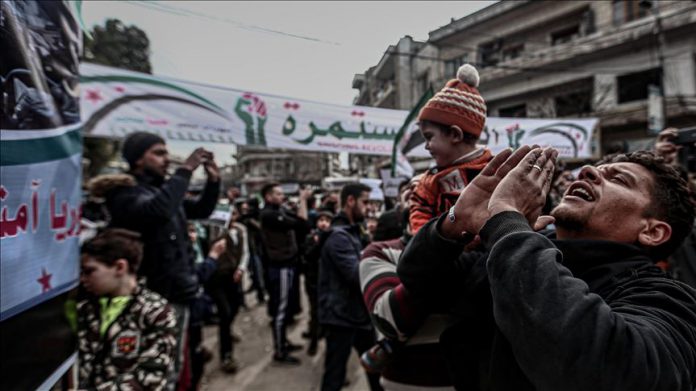 The UN World Food Program on Friday welcomed Turkey and Russia’s agreement on a cease-fire in Syria’s Idlib province.

“A relative calm is being reported there this morning after weeks of intense fighting which has created a humanitarian crisis with up to one million people displaced,” WFP spokeswoman Elisabeth Byrs told journalists at the UN in Geneva.

Ankara and Moscow agreed to a cease-fire effective as of midnight Thursday amid escalating tensions in Idlib.

She said that the lull in the fighting, which does not mention safe zones for civilians, “should allow those caught in the firing line to