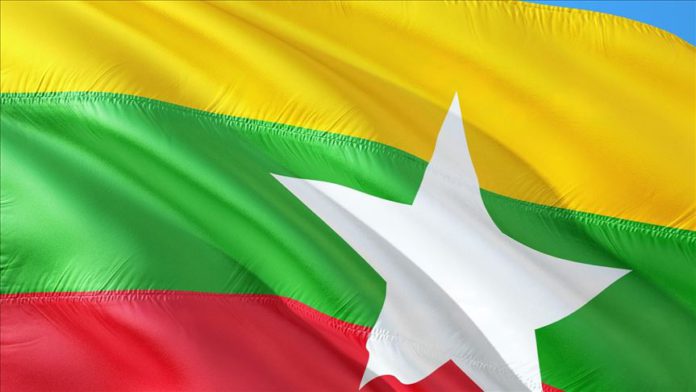 The UN Rights Office on Tuesday voiced serious human rights concerns ahead of Myanmar’s general elections in November and the participation of minority groups including Rohingya Muslims.

Ravina Shamdasani, a spokeswoman for the High Commissioner for Human Rights, told journalists at a twice-weekly UN press briefing in Geneva that the concerns on the Nov. 8 elections included fears of violations of the right to political participation, particularly of minority groups.

The minority groups include “disproportionately, the Rohingya Muslim and ethnic Rakhine population in Rakhine State,” said Shamdasani, who acknowledged that the polls represented an important milestone in Myanmar’s democratic transition.

“The civic space is still marred by continuing restrictions of the freedoms of opinion, expression, and access to information, and the use of language that could amount to incitement to discrimination, hostility, and violence,” she said.

She cited Myanmar’s discriminatory citizenship and electoral laws that confer different sets of political rights to different classes of citizens, affecting Muslim minorities who are largely excluded from citizenship.

“Additionally, there has been significant disenfranchisement resulting from the Union Election Commission’s announcement on 16 October that elections would not be taking place in 56 townships, including in Rakhine State,” said Shamdasani.

Shamdasani also said an internet shutdown remains in place in eight townships in the Rakhine and Chin states, severely limiting residents’ ability to enjoy their right to receive and impart information, including on the novel coronavirus, during the elections.

“Blanket internet shutdowns may be counterproductive and contravene international law.

The UN rights office said that as restrictions on freedom of expression continue to mount, “we deplore the unrelenting proliferation of hateful speech against Muslims on Facebook.”

“We understand Facebook has made certain efforts to identify and remove hateful speech from its platform.”

Shamdasani called on Myanmar’s government to take action in line with the “Presidential Directive 3/2020” of April this year to publicly denounce such hateful language and promote tolerance, non-discrimination, and pluralism in officials’ and electoral candidates’ speech.

“We are also troubled at the intolerance for criticism against the government or the military, known as the Tatmadaw,” said Shamdasani.

She said that over two months, at least 34 student activists have found themselves facing legal measures, including charges of unlawful assembly and inciting public mischief after they called for an end to the conflicts in Rakhine and Chin states.

They have also called for the reinstatement of 4G mobile internet services in those areas and other detained student activists’ release.

“Four of the students have been convicted, with two of them sentenced to over six years’ imprisonment,” said Shamdasani.