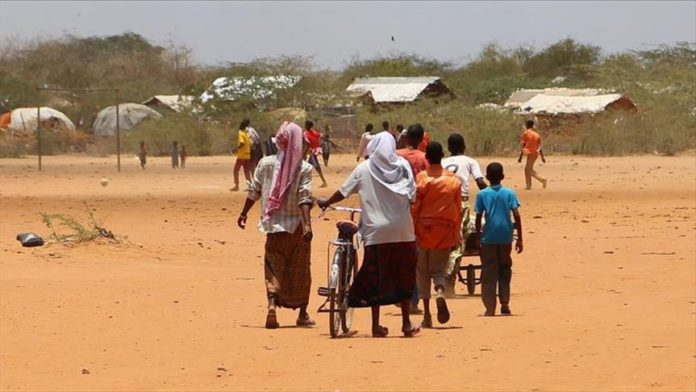 The UN Refugee Agency said Tuesday it is “extremely worried” about thousands of Eritrean refugees trapped in two refugee camps in Ethiopia’s restive Tigray region as fighting escalates between armed groups in and around the camps.

An estimated 24,000 Eritrean refugees in Mai Aini and Adi Harush camps in Tigray’s Mai Tsebri area face intimidation and harassment, live in constant fear, are cut off from humanitarian assistance, said the UNHCR.

“We have received disturbing and credible reports in recent days from Mai Aini camp that at least one refugee was killed by armed elements operating inside the camp,” said UNHCR spokesman Babar Baloch at a UN press briefing in Geneva.

That death was in addition to the killing of another refugee on July 14.

“The UNHCR implores all parties to the conflict to uphold their obligations under international law, including respecting the civilian character of refugee camps and the rights of refugees … to be protected from hostilities,” said Baloch.

The agency has lost access to the refugee camps for the last two weeks as the Ethiopian government battles for control in Tigray against the Tigray People’s Liberation Front (TPLF).

The TPLF ruled Ethiopia for 27 years at the head of a four-party coalition called the Ethiopian Peoples’ Revolutionary Democratic Front before it was deposed in 2018 after three years of anti-government protests.

On Nov. 4, the government launched a massive law enforcement operation in Tigray to quell the insurgency.

More than one million people got displaced, and tens of thousands fled to neighboring Sudan. The TPLF forces attacked and blocked humanitarian convoys from entering Tigray, according to Ethiopian authorities.

“Clean drinking water is running out, no healthcare services are available, and hunger is a real danger,” said the refugee agency spokesman.

“The last food distribution to both camps was done in late June, providing rations for one month,” he said as armed clashes have displaced thousands of people in Afar neighboring Tigray to the east and there are an additional 55,000 Eritrean refugees.

The leading humanitarian supply road between Semera in Afar and Mekele, the capital, in Tigray has been completely blocked since July 18, said Baloch.

The supply disruption was borne out by the World Health Organization spokeswoman, Fadela Chaib, who said 3.8 million people in the Tigray region need health assistance, but health facilities have been looted and destroyed.

“Healthcare services in Tigray are alarmingly limited, leaving hundreds of thousands of people, including those injured during the fighting, pregnant women and survivors of sexual violence, without adequate access to essential medicines and basic care,” said Chaib.

She said that 12 aid workers had been killed and 140 incidents impacting the security of aid workers were recorded.

“Multiple cases of violence or threats against aid personnel, assets, and facilities were reported in June,” said Chaib.