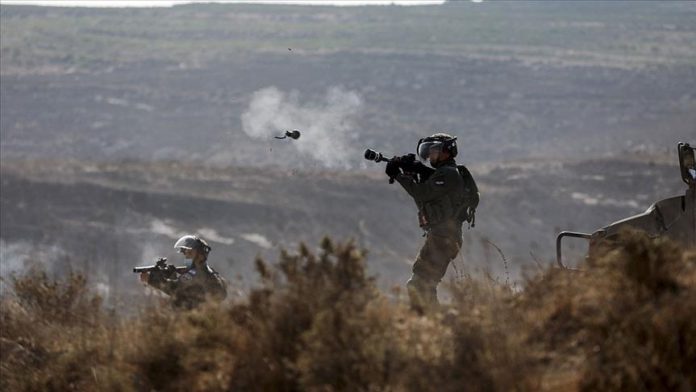 United Nations human rights experts called Thursday for an impartial and independent investigation into the killing of a 15-year-old boy by Israeli security forces at a West Bank protest this month, citing a lack of accountability.

They said the killing of Ali Ayman Abu Aliya by the Israeli Defense Forces was in circumstances where there was no threat of death or serious injury to the Israeli security forces and is a grave violation of international law.

“Intentional lethal force is justified only when the security personnel are facing an immediate threat of deadly force or serious harm,” they said.

On Dec. 4, Palestinian youths in Al-Mughayyir village had protested against the construction of a nearby illegal Israeli settlement outpost.

Abu Aliya was hit in the abdomen with a bullet from a 0.22 Ruger Precision Rifle fired by an Israeli soldier from an estimated 100-150 meters.

He died later that day in a hospital.

The human rights experts said they are unaware of any claims that the Israeli security forces were in danger at any point of death or serious injury.

They said Abu Aliya was the sixth Palestinian child living in the West Bank to be killed in 2020 by Israeli security forces using live ammunition.

Lynk and Callamard said it is understood that 1,048 Palestinian children have been injured by Israeli security forces across the occupied Palestinian territory between Nov. 1, 2019 and Oct. 31, 2020.

“Each of these killings raises deep concerns about Israel’s adherence to its solemn human rights and humanitarian law obligations as the occupying power.”

The Israeli security forces announced that they would investigate Abu Aliya’s killing.

But the experts noted that investigations by the Israeli Defense Forces of fatal shootings of Palestinians by their soldiers rarely result in appropriate accountability.

Only three indictments on criminal charges have been issued for offenses directly tied to those killings.

In one case, the charges were subsequently dropped. In the second case, the responsible soldier reached a plea deal and was sentenced to nine months in prison for death by negligence.

In the third case, a soldier was convicted of not obeying orders and sentenced to one month in military prison.