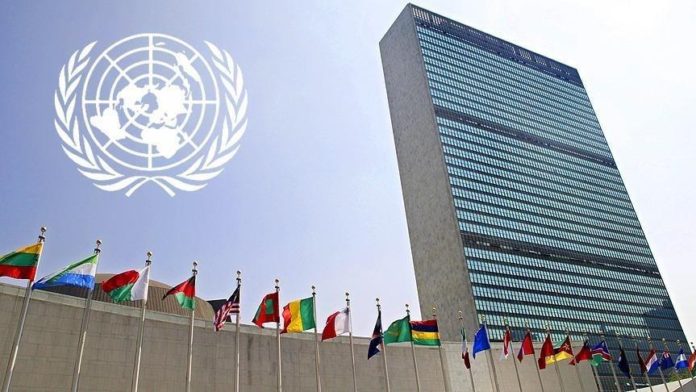 A group of UN human rights experts on Monday voiced concerns over the alleged detention and forced labor of Uyghurs in China, urging unhindered access to the country for fact-finding missions.

The experts appointed by the UN Human Rights Council (HRC) said they had received information that connected over 150 domestic Chinese and foreign domiciled companies to severe allegations of human rights abuses against Muslim Uyghur workers.

“We are deeply concerned by these allegations which, if proven, would constitute grave human rights abuses,” the Working Group on Business and Human Rights said in a statement.

The group is one of eight UN independent human rights mandates to raise concerns over the treatment of China’s Uyghur minority members.

“We stand ready to strengthen our dialogue with the Government of China at the earliest opportunity and welcome the Government’s prompt response to these allegations as well as its willingness to continue the constructive engagement with us,” it said.

As independent experts appointed by the HRC, of which China is a member, they consider an official visit to China, including the Xinjiang region where most Uyghurs live, would be an ideal opportunity to assess the situation.

Citing “sources,” they say Uyghur workers have reportedly been subjected to exploitative working and abusive living conditions that may constitute arbitrary detention, human trafficking, and forced labor and enslavement.

The sources alleged hundreds of thousands of members of the Uyghur minority have been held in “re-education” facilities.

“Uyghur workers have allegedly been forcibly employed in low-skilled, labor-intensive industries, such as agribusiness, textile, and garment, automotive and technological sectors,” said Dante Pesce, the chairperson of the group.

The experts said that China justifies its treatment of Uyghurs by combatting terrorism and violent extremism, poverty alleviation, or to development purposes.

“We nevertheless respectfully urge the Government to immediately cease any such measures that are not fully compliant with international law, norms, and standards relating to human rights, including the rights of minorities,” asserted Pesce.

Many businesses and factories implicated in the abusive practices are reportedly operating as part of supply chains of numerous well-known global brands, the experts noted.

They have also written to the governments of 13 countries where the businesses are domiciled, recalling their obligations under the UN Guiding Principles on Business and Human Rights to ensure that businesses under their jurisdiction respect all human rights throughout their operations.

“Many businesses are also implicated in these allegations, either directly or through their supply chains,” they said.

“Businesses must not turn a blind eye to this and must conduct meaningful human rights due diligence in line with the UN Guiding Principles to identify, prevent, mitigate and account for human rights abuses caused, contributed to or directly linked to their operations, products or services in Xinjiang and in other Chinese provinces,” said Surya Deva, vice chairperson of the group.

“At the same time, the Chinese Government must create an environment conducive for all businesses operating in China to conduct human rights due diligence in line with international standards,” he added.​​​​​​​