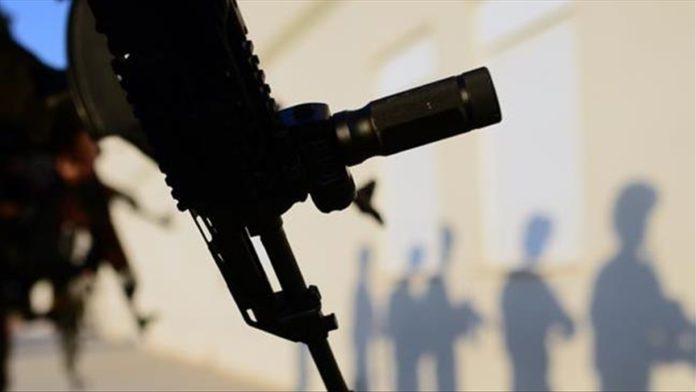 In a statement, the experts said that all states belonging to the Geneva Conventions should condemn the pardons to the security contractors who had worked for Blackwater Worldwide.

The contractors were prosecuted and convicted of multiple criminal acts committed during a massacre at Nisour Square in Baghdad in 2007 that killed 14 unarmed civilians and leaving at least 17 others wounded.

“Pardoning the Blackwater contractors is an affront to justice and to the victims of the Nisour Square massacre and their families,” said Jelena Aparac, chair-rapporteur of the Working Group on the use of mercenaries.

In 2015, the US courts convicted Nicholas Slatten of first-degree murder, while Paul Slough, Evan Liberty, and Dustin Heard were convicted of voluntary and attempted manslaughter.

US President Donald Trump on Dec. 22 pardoned the four contractors who had worked for Blackwater that has since changed its name to Academi.

“The Ministry sees that this decision didn’t take into consideration the seriousness of the committed crime and doesn’t go in line with the US announced commitment to the values of human rights, justice, and rule of law.” Iraq’s Foreign Ministry said in a statement that urged the US to review the decision.

“The Geneva Conventions oblige States to hold war criminals accountable for their crimes, even when they act as private security contractors,” said Aparac.

“These pardons violate US obligations under international law and more broadly undermine humanitarian law and human rights at a global level.”

She said that ensuring accountability for such crimes is fundamental to humanity and to the community of nations.

“Pardons, amnesties, or any other forms of exculpation for war crimes open doors to future abuses when States contract private military and security companies for inherent state functions,” said Aparac.

They said that states would be encouraged to circumvent their obligations under humanitarian law by increasingly outsourcing core military operations to the private sector.

In March 2003, the US invaded Iraq and toppled the regime of Saddam Hussein.

The US occupation’s human cost was high, with more than 100,000 civilian deaths and evidence of torture and abuse in US-run prisons.