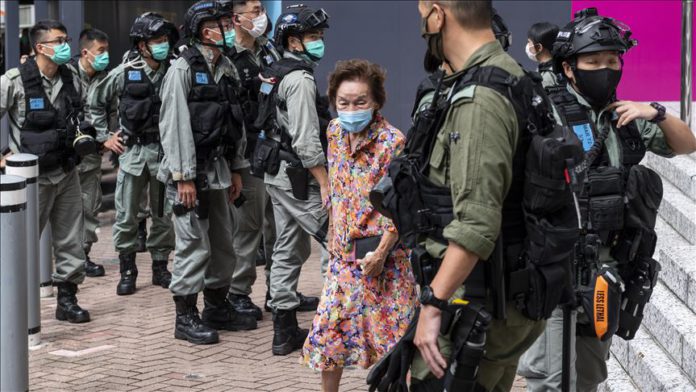 A group of UN experts on Friday put China on notice over the new security law in semi-autonomous Hong Kong.

In a 14-page letter to China, six rapporteurs at the global body expressed “concern at the broad scope of the crimes defined as secession and subversion” in the national security law imposed by Beijing in Hong Kong.

China’s National People’s Congress passed the national security law for Hong Kong in June which came into effect on July 1, drawing criticism within Hong Kong and in the international community, which Beijing has dismissed as “foreign intervention.”

The new law — with six chapters and 66 articles — criminalizes four types of acts and penalizes those involved.

“The crimes of secession, subversion of state power, terrorist activities, and collusion with foreign or external forces to endanger national security” are the four crimes included in the new security law.

The UN experts, however, said: “We caution that overly broad national security legislation where the precise perimeters of individual actions to be criminalized are vague and open-ended would run counter to this aspect of your Excellency’s [China’s] treaty obligations.”

The experts also commended the addition of article 4 in the national security law, which “acknowledges the need to protect the human rights and fundamental freedoms” guaranteed under the Basic Law of the Hong Kong.

“We underscore that security and human rights are intertwined and not separate,” the UN letter added.