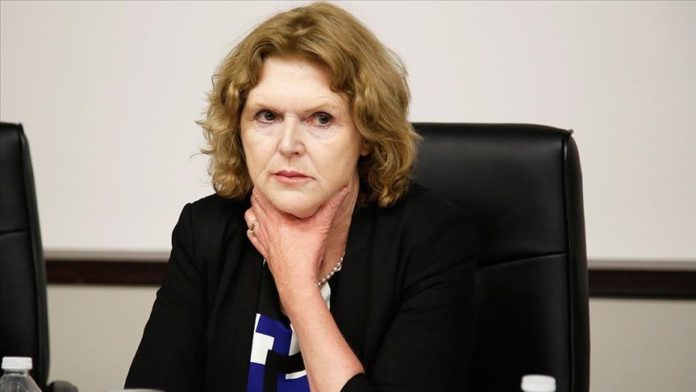 The UN’s independent expert on human rights defenders Monday said she feared activists in China were arbitrarily sentenced to long prison terms, house arrest, and tortured, and denied access to medical treatment, their lawyers, and families.

She said she had “countless reports” pointing to the mistreatment of human rights defenders in Chinese custody, which is “endemic.”

The treatment may amount to torture and other cruel, inhuman treatment, despite a plethora of recommendations from the UN mechanisms over the years, including from the Committee Against Torture, said Lawlor.

Some defenders, such as Gao Zhisheng, have been “forcibly disappeared,” while others, such as Guo Hongwei, have died in prison, she said.

Lawlor said she knew of at least 13 human rights defenders sentenced on “spurious charges,” such as “picking quarrels” or “provoking trouble,” to 10 years or more in jail for peacefully defending the rights of others.

Among them is Qin Yongmin, sentenced to 35 years in jail for work that included promoting engagement with the UN, and Ilham Tohti, a “moderate scholar” serving a life sentence.

“Tohti was arbitrarily arrested, allegedly tortured, and sentenced to life after a closed-door trial. He was not allowed any family visits, and no information has been provided by Chinese authorities since,” said Lawlor.

Human rights defender Chen Xi, serving 10 years in prison, has chronic enteritis, which causes dehydration and fever. In winter, he contracts severe frostbite on his hands, ears, and abdomen, and in his lifetime, he has been sentenced to 23 years in prison, said the expert.