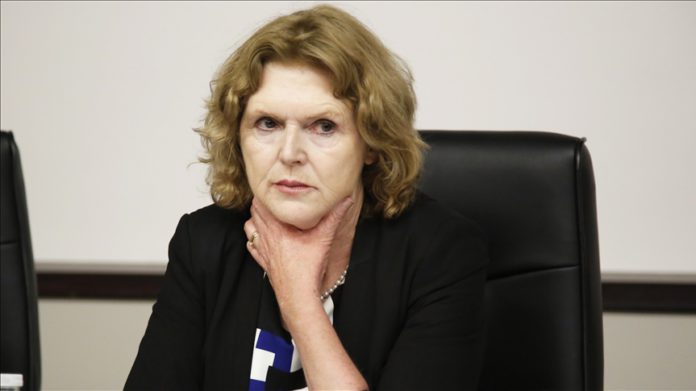 A UN expert Wednesday said she feared three human rights defenders serving 10-year prison sentences in the UAE are being mistreated in conditions that may amount to torture and urged authorities to release them.

“Not only have Mohammed Al-Roken, Ahmed Mansoor, and Nasser Bin Ghaith been criminalized and imprisoned for their non-violent and legitimate calls for respect for human rights in the UAE, they have been subjected to ill-treatment in prison,” Lawlor said.

The rights expert said she received reports indicating that the conditions and treatment that the human rights defenders face, such as prolonged solitary confinement, seriously violates “human rights standards and may constitute torture.”

Lawlor said Al-Roken, imprisoned since 2012 on charges of “plotting against the government,” is intermittently placed in solitary confinement, allegedly without justification or explanation.

In 2013, the UN Working Group on Arbitrary Detention found the detention to be arbitrary and requested his immediate release.

Detained since 2017, Mansoor has also been held in solitary confinement, she noted.

Mansoor was convicted in 2018 on charges of insulting the “status and prestige of the UAE and its symbols,” including its leaders, and “seeking to damage the UAE’s relationship with its neighbors.

He was accused of “publishing false reports and information on social media.”

The human rights defender has been serving his 10-year sentence in Al-Sadr prison, where he is reportedly confined to a cell measuring 4 square meters (43 square feet) with no mattress and limited or no access to sunlight, a shower, or potable water.

In 2019, a group of UN experts said he went on a hunger strike on two occasions to protest his treatment and conditions in prison.

As a result of these hunger strikes, the second of which lasted 45 days, Mansoor’s health condition significantly deteriorated, and he had reportedly been denied necessary medical treatment.

He has reportedly faced ill-treatment in Al-Sadr prison and then Al-Razeen prison and had held hunger strikes to protest his treatment in 2017 and 2018.

“Issuing 10-year prison sentences to defenders in connection to their human rights work is not only an attempt to silence them and their efforts but also an attempt to intimidate and deter others from engaging in this legitimate work, at a crucial time in the UAE when fundamental freedoms are undermined, and civic space continues to shrink,” Lawlor said.