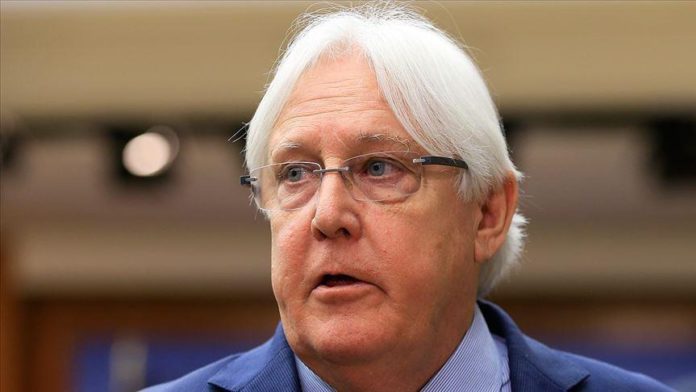 UN envoy to Yemen Martin Griffiths arrived in Tehran on Sunday for talks with Iranian officials on a resolution of the 7-year Yemeni conflict.

A statement released by his office said that Griffiths will meet with Iranian Foreign Minister Javad Zarif and other senior officials during his two-day visit.

“The visit is part of the Special Envoy’s diplomatic efforts to support a negotiated political solution to the conflict in Yemen that meets the aspirations of the Yemeni people,” the statement said.

According to the statement, Griffiths’ immediate priority is “to support agreement between the parties to the conflict on a nationwide cease-fire, urgent humanitarian measures and the resumption of the political process”.

On Saturday, Yemeni Prime Minister Maeen Abdulmalik said during a meeting with European representatives that there will not be peace with Iran-aligned Houthi rebels in Yemen without international pressure on Tehran.