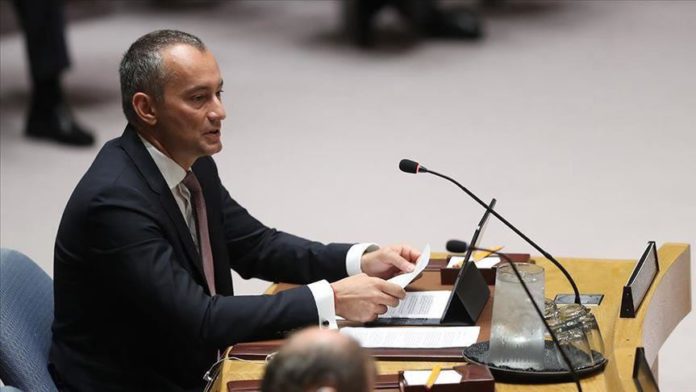 UN Middle East envoy Nickolay Mladenov on Wednesday called on Israel to give up “threats of annexation,” saying any move towards that end will represent a violation of international law.

“The dangerous prospect of annexation by Israel of parts of the occupied West Bank is a growing threat,” Mladenov told the UN Security Council.

His remarks came after Palestinian President Mahmoud Abbas reportedly announced he is ending “all agreements” with Israel and the US in response to Israeli plans to annex parts of the West Bank.

Mladenov said annexation “would constitute a serious violation of international law, deal a devastating blow to the two-state solution, close the door to a renewal of negotiations, and threaten efforts to advance regional peace.”

According to Israeli plans, the annexation will take place July 1, as agreed between Prime Minister Benjamin Netanyahu and his new-found ally Benny Gantz, the head of Blue and White party.

The annexation comes as part of US President Donald Trump’s “Deal of the Century” announced Jan. 28. It refers to Jerusalem as “Israel’s undivided capital” and recognizes Israeli sovereignty over large parts of the West Bank.

*Betul Yuruk at United Nations contributed to the story