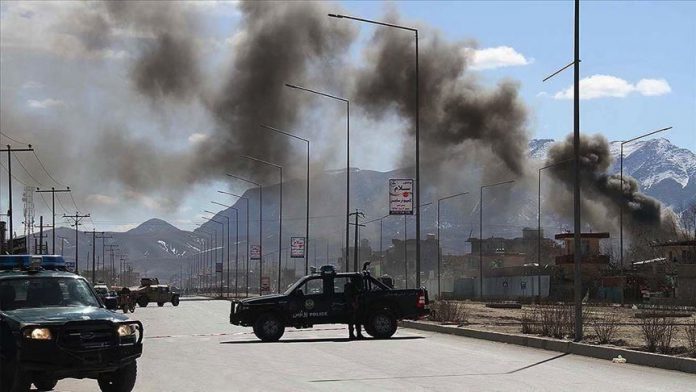 Amid growing calls for a cease-fire, the UN mission in Afghanistan on Monday revealed that raging violence in the war-torn country has killed 533 civilians including over 150 children, in the first quarter of 2020.

The UN Assistance Mission in Afghanistan (UNAMA) said the toll highlighted the urgent need for all parties of the conflict to do more to protect civilians from harm, especially in view of the looming threat posed by the novel coronavirus.

UNAMA expressed concerns about the escalation of violence during March after clashes lulled between pro-government forces and the Taliban on the heels of the Feb. 29 agreement signed between the militants and the US.

Women and children continue to be disproportionately impacted by the violence. From Jan. 1 to March 31, 2020, UNAMA documented 417 child casualties (152 killed and 265 injured) and 168 women casualties (60 killed and 108 injured).

“To safeguard the lives of countless civilians in Afghanistan and to give the nation hope of a better future, it is imperative that violence is stopped with the establishment of a ceasefire and for peace negotiations to commence,” said Deborah Lyons, the Secretary-General’s Special Representative for Afghanistan and head of UNAMA.

UNAMA attributed 39% of the civilian casualties to the Taliban, 13% to ISIS/Daesh and the remainder to undetermined anti-government elements. The number of civilian deaths attributed to anti-government elements — particularly the Taliban — increased by 22% in the first quarter of 2020 as compared to the same period in 2019, mainly due to an increase in targeted killings and summary executions.

The Taliban categorically rejected the UNAMA report blaming it for ‘concealing daily crimes’ committed by the pro-government forces.

Zabiullah Mujahed, the group’s spokesman claimed in a message that the Taliban employs a special commission for the prevention of civilian casualties.

“Our fellow countrymen are aware that most civilian casualties are caused in the blind bombardments, artillery attacks on villages and hamlets and night raids on homes by the opposition which have only vaguely been touched upon in the UNAMA report,” he said

This comes as the insurgents rejected calls by the Afghan government, Organization for Islamic Countries, US, NATO and UN for a cease-fire in the war-ravaged country.

In a separate message on Sunday, Mujahed said demanding a ceasefire and reduction in violence at a time when the “opposite side” was not executing its own obligations was both “illogical and opportunistic.”

“The US-Islamic Emirate [Taliban] agreement that has also been endorsed by the Security Council and the international community at large clearly states that following the signing ceremony, six thousand prisoners from both sides must be released within a ten-day period and a pathway for intra-Afghan negotiations opened,” he said, adding that the Afghan government, US and NATO failed in executing their responsibilities in implementing the deal.

A day earlier, NATO stressed that the current level of violence caused by the Taliban was not acceptable. “We call urgently on the Taliban to reduce violence and create the conditions conducive to commence negotiations. NATO further calls on the Taliban to fulfil its commitments to ensure that terrorists never again find safe haven on Afghan soil,” NATO said in a statement.

It reaffirmed its longstanding commitment to Afghanistan and the Afghan security forces. “Now is the time to act in support of sustainable peace.”