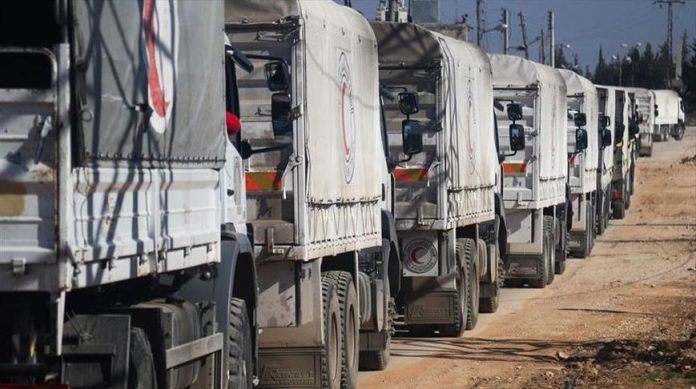 The United Nations dispatched 74 truckloads of humanitarian aid to Idlib, a northwestern Syrian province, on Friday.

Trucks passed through the Cilvegozu border gate in Hatay, Turkey’s southern border province with Syria, and aid will be distributed to residents in Idlib, as well as the surrounding countryside which have been subjected to years of devastating attacks by the Assad regime and its allies, triggering a wave of 1 million refugees.

The war in Syria started in early 2011 when the regime cracked down on pro-democracy protests.